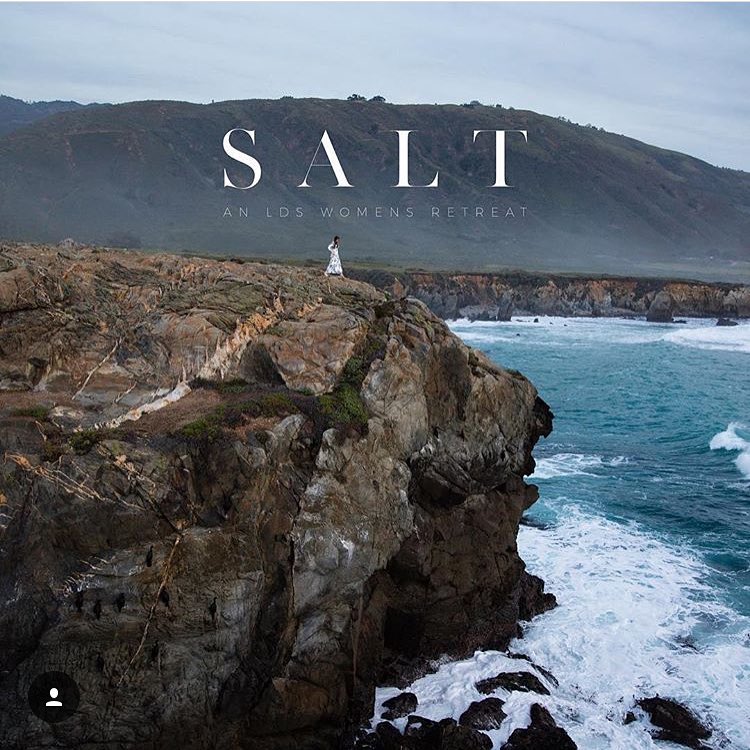 SALT, an LDS women’s retreat, will take place for the first time on March 11 in Salt Lake City.

Elise Curtis of North Salt Lake created SALT LDS Retreat because she saw a need. A need for modern Mormon women to come together and find strength through being open about their struggles with living the gospel.

“We go to church, but sometimes we just don’t get a ton out of it,” Curtis said. “Last Sunday, I was out in the halls during all of sacrament with my baby. That’s why I want to create a space where people will feel the spirit, because as moms, we don’t often enough. It’s so hard.”

Curtis, a mother of three and professional photographer who served a mission for The Church of Jesus Christ of Latter-day Saints in Calgary, Canada, recently emerged from a year-long struggle with depression and doubts about the Church.

“I really began questioning the Church, and it started because I was reading other people’s Facebook comments and things they didn’t agree with the Church on. I thought, ‘Oh I should probably open my mind to how other people view things.’ So I started reading their posts and all of the comments and I started thinking, ‘Oh that’s so true. I haven’t thought about it that way.’ It was kind of a slippery slope to the point where I started questioning a lot of my testimony.” 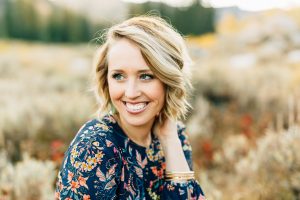 Elise Curtis, founder of SALT, is a photographer and mother of three from North Salt Lake.

Around that same time, Curtis slipped into a bout of depression. But through people in her ward and neighborhood who went out of their way to serve Curtis, she was able to pull out of depression and feel love again.

Curtis was having a conversation with her brother about a friend who was making her way back to the Church when the idea for SALT came to her.

But something still felt a little off for Curtis. She decided to go to the temple, and that’s when her answer came.

“When we’re looking on Facebook, we’re seeing everyone who is leaving the Church. So I think it’s a good reminder for us to know there are still people who want to be part of the Church and people who are choosing to stay.” — Elise Curtis, SALT organizer

Curtis kept her “EFY for women” thought in the back of her mind as she continued to heal mentally and spiritually. As she thought about her testimony, she felt like there needed to be a place where LDS women could openly discuss their feelings about the Church without feeling afraid or judged. So, she started a Facebook group called “Be the Light.” The group grew quickly and has become exactly what Curtis hoped it would be: A place for LDS women to draw strength from each other.

“So many people who joined the group said they needed this,” Curtis said. “To see that there are other women who are struggling and questioning. When we’re looking on Facebook, we’re seeing everyone who is leaving the Church. So I think it’s a good reminder for us to know there are still people who want to be part of the Church and people who are choosing to stay.” 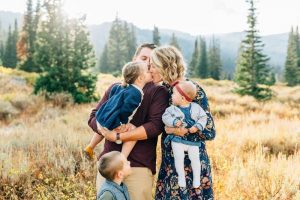 Elise found healing from her depression through service from neighbors and ward members.

When Curtis was struggling the most with her testimony, she’d scroll past any comments about people’s testimonies on Facebook and instead focus on the arguments people made against the Church.

“I think that’s a big struggle,” Curtis said. “People are listening to podcasts or to people rather than asking God. When I was questioning things, I wasn’t putting the same amount of time as I was spending on Facebook on reading my scriptures. That’s where I guarantee so many women are. They’re spending way more time looking at Instagram than reading their scriptures.”

Curtis made a goal to read all of the posts and comments on her Facebook group. As she read through the faith-building comments on “Be the Light,” listened to and read conference talks and integrated scripture study again, Curtis started to gain her testimony back.

“I was listening to this new song by Nathan Pacheco called ‘Forever,’” Curtis said. “I was driving, and the kids were screaming in the back of the car. I just turned it up and I had the overwhelming assurance that Christ is real. I knew Christ was real to the point where I know my brothers are real. And that He lives just as surely as I know my brothers are alive. It was the coolest thing, because I hadn’t felt that for so long. I really want women to get back to being able to feel that and know it.”

“People are listening to podcasts or to people rather than asking God. When I was questioning things, I wasn’t putting the same amount of time as I was spending on Facebook on reading my scriptures.” — Elise Curtis, SALT organizer

After that time, everything quickly started falling into place for SALT.

“I found event space, speakers and website help,” Curtis said. “I truly believe God was telling me, ‘You can’t start helping other women until you know where you stand.’”

Now, Curtis is grateful for the season of doubt she experienced because she can relate to women who are going through their own trials of faith.

SALT LDS Retreat will be held on Saturday, March 11 at the Joseph Smith Memorial Building in Salt Lake City, Utah. Twelve speakers at the event will discuss topics including motherhood, letting go of perfection and living by the power of Christ’s grace, sharing the gospel through social media, and an LDS perspective on postpartum anxiety and depression.

The retreat will feature a reflection room filled with paintings of Christ by a variety of artists. 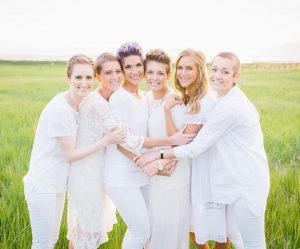 SALT attendants will participate in a service project for “Lifted By Angels,” a nonprofit organization to support young mothers with cancer.

“The whole purpose of the event is to draw women to Christ,” Curtis said. “I don’t want them to think about all the stuff they have to do: visiting teaching, their callings or all of the other things we’re told we have to do. I want them to get back to the basic of their relationship with Christ.”

At the end of the event, guests will participate in a simple service project in partnership with “Lifted by Angels,” to help young mothers who are fighting cancer.

Boncom Communications will also introduce a sneak peek of their “Light the World” campaign for Easter.

For tickets, go to saltldsretreat.com.