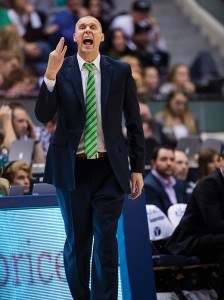 March Madness is here and when this time of year rolls around, it’s fun to reminisce about some of the biggest games, performances and upsets in the NCAA Tournament.

When you think of Mormons and the NCAA Tournament, BYU’s Danny Ainge and Jimmer Fredette are the first two names to came to mind. Ainge authored one of the most famous plays in NCAA Tournament history, going coast-to-coast and scoring a last-second shot to beat Notre Dame in 1981 to send the Cougars to the Elite Eight for the only time in school history.

Fredette, the consensus NCAA Player of the Year, helped lead BYU to it first Sweet 16 in 30 years in 2011.

Jacobsen helped guide the Cardinal to the Elite Eight in 2001 NCAA Tournament. The All-American guard scored a career-high 27 points to a 78-65 victory over Cincinnati in the Sweet 16. Stanford lost to Maryland in the West Regional finals.

A starter for the Cowboys, Bobik was known for his hard-nosed defense and deadly 3-point shooting.

Daniel’s wife, Natalie, carved a piece of NCAA Tournament history of her own. She and her sister, Kristi Monks, showed up at the 2004 Big 12 Tournament wearing “Cool Chicks Wear Orange” shirt and they’d pretend to ride horses while dancing to the William Tell Overture. The sisters were featured in “One Shining Moment” that caps off CBS-TV’s NCAA Tournament coverage at the end of the 2004 tournament.

DeGraffenried and the Wildcats were part of one of the biggest upsets in NCAA history. Weber State, a No. 14 seed, knocked off No. 3 Michigan State, 79-72, in the 1995 NCAA Tournament. DeGraffenried scored 15 points with four three-pointers in that improbable victory over the Spartans, which prematurely ended the career of Michigan State coach Jud Heathcote. It was Weber State’s first NCAA Tournament win in 16 years.

In the next round, Weber State came within a missed free throw of beating No. 6 seed Georgetown and guard Allen Iverson.

After earning Pac-10 Freshman of the Year honors at Washington, Pope transferred to national powerhouse Kentucky. As a senior, the 6-foot-10 Pope, a co-captain, helped lead the Wildcats to the 1996 national championship.

Playing among stars like Tony Delk and Walter McCarty, Pope has described his role as “getting everyone water as soon as I could.”

Pope averaged 7.6 points and 5.1 rebounds for Kentucky that season.

The Rick Pitino-coached Wildcats finished with a 34-2 record and defeated Syracuse in the national title game.

Nine players from that team, including Pope, ended up playing in the NBA and some regard that Kentucky team as one of the best in college basketball history.

Pope served as an assistant coach at BYU before becoming the head coach at Utah Valley University.

Coming off a mission to England, Jensen joined a Utah team that featured Andre Miller and Michael Doleac but had lost All-America Keith Van Horn to the NBA.

A lockdown defender, Jensen’s leadership and heady play helped the Utes advance to the NCAA championship game in 1998.

Utah, coached by the late Rick Majerus, beat San Francisco, Arkansas, West Virginia, Arizona on its way to the Final Four. Jensen and Drew Hansen bottled up Arizona star guards Miles Simon and Mike Bibby, who combined to shoot 4 of 24 from the field in the regional final.

In the national semifinal game, the Utes beat North Carolina and met Kentucky for the title.

The Utes led the Wildcats at halftime, 41-31, in front of 40,509 fans at the Alamo Dome in San Antonio, Texas. The Wildcats rallied and took control in the second half.

Jensen is currently an assistant coach for the Utah Jazz and for the German National Team.

Snapshots of the heart: Putting heart into homes Previous post

BYU basketball earns No. 3 seed in NIT, will host UT Arlington Next post