Home Life Snapshots of the heart: Putting heart into homes

Snapshots of the heart: Putting heart into homes 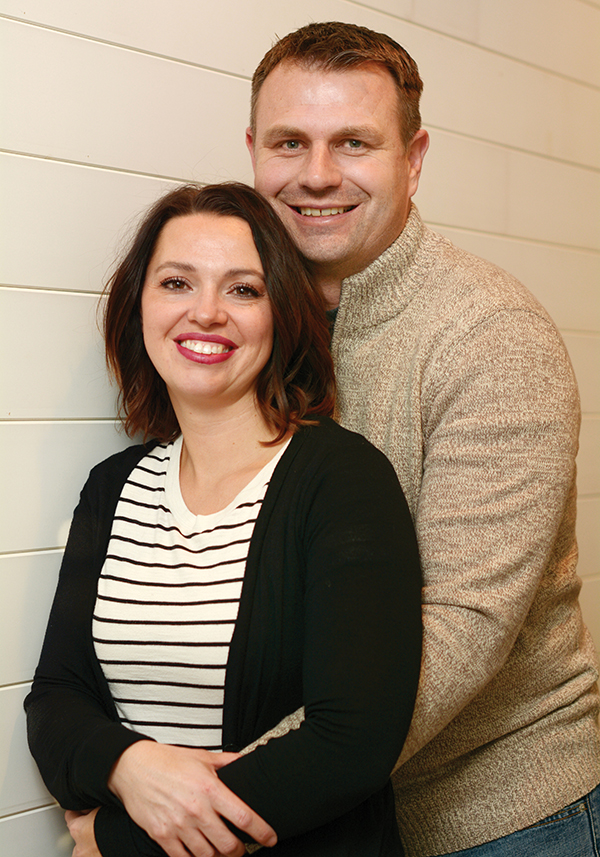 In Greg and Crystal Adamson’s 17 years of marriage, they’ve remodeled more than 30 homes, including their own. They finished the paneling in the background just moments before this photo shoot.

It began on an April day in Salt Lake City when Greg Adamson and his roommate planned a barbecue. They had the buns and burgers, but knew it wouldn’t be complete without girls. So the guys went around the apartment complex inviting girls to the barbecue.

Greg and Crystal instantly hit it off over burgers, and several dates followed. Hikes, trips to feed the ducks at Liberty Park and several dinners at Wendy’s dotted the timeline of their courtship. Crystal knew she had found a best friend but it wasn’t until Greg took a weeklong trip to Boston that Crystal realized she wanted him forever.

“He went on his trip and I realized I never wanted him to leave again,” Crystal says.

Fast forward 17 years and the parents-of-four now enjoy life in Lehi. Their favorite family getaway is a campground, which they get to by way of their motor home, Winnie (named by their 4-year-old). 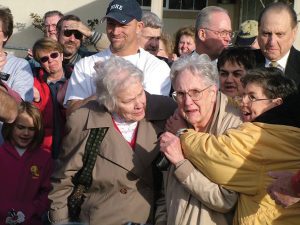 In 2004, another dimension was added to the Adamson family. Greg, who works in real estate, partnered with a builder to remodel the home of an 85-year-old widow, Adele.

“She had two adult children who were dependent on her,” Greg says. “Her house was just trashed, like holes-in-the-floor bad.”

Adele and her two daughters went to Heber City while Greg and the rest of the Heart 2 Home team completely transformed her home (think “Extreme Makeover: Home Edition”).

Prior to returning home, Adele expressed her desire to invite her former LDS bishop, Tommy Monson, to her homecoming.

So Greg called LDS Church headquarters to see if there was any possibility President Thomas S. Monson, who was serving in the First Presidency at the time, could attend.

“They told us there wasn’t a good chance of him coming but they would let him know,” Greg says. “The day of the unveiling a limo pulls up and we thought it was Adele and her daughters returning, and then President Monson stepped out.”

President Monson stayed for hours, sharing stories of Adele from when he was her bishop and conversing with the volunteers who helped rebuild her home.

“The entire house had been done over from top to bottom, each room spotless and beautiful,” President Monson said. “Adele and her daughters were literally overcome. However, just as poignant and touching were the expressions on the faces of those who had worked feverishly to make the house new. Tears welled in their eyes as they witnessed the joy they had brought into the lives of Adele and her daughters. Not only had a widow’s burden been made lighter, but countless other lives were touched in the process. All were better people for having participated in this effort.”

Originally the plan was just the one remodel, but as Greg and Crystal heard stories of other families in need — such as the partially burned-down home of a 22-child family in Pleasant Grove, the Adamsons took on more remodels. 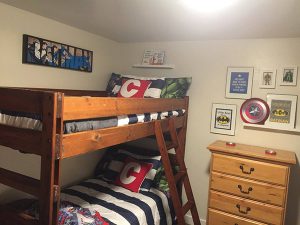 “We would hear the stories and we couldn’t say no,” Greg says.

Greg, Crystal, their four children and  community members work together to raise funds and construct homes.

“It’s all donations and all volunteer,” Crystal says. “Sometimes it doesn’t get covered so we fork out some money.”

“The crazy part is when you get addicted,” Crystal says.

“It’s like having a crazy boyfriend that you always come back to,” Greg jokes.

While the couple stresses the importance of maintaining a busyness balance, they find meaning and magic in working on the project with their family.

“Our family is serving the family,” Crystal says. “I love seeing our kids catch that light.”