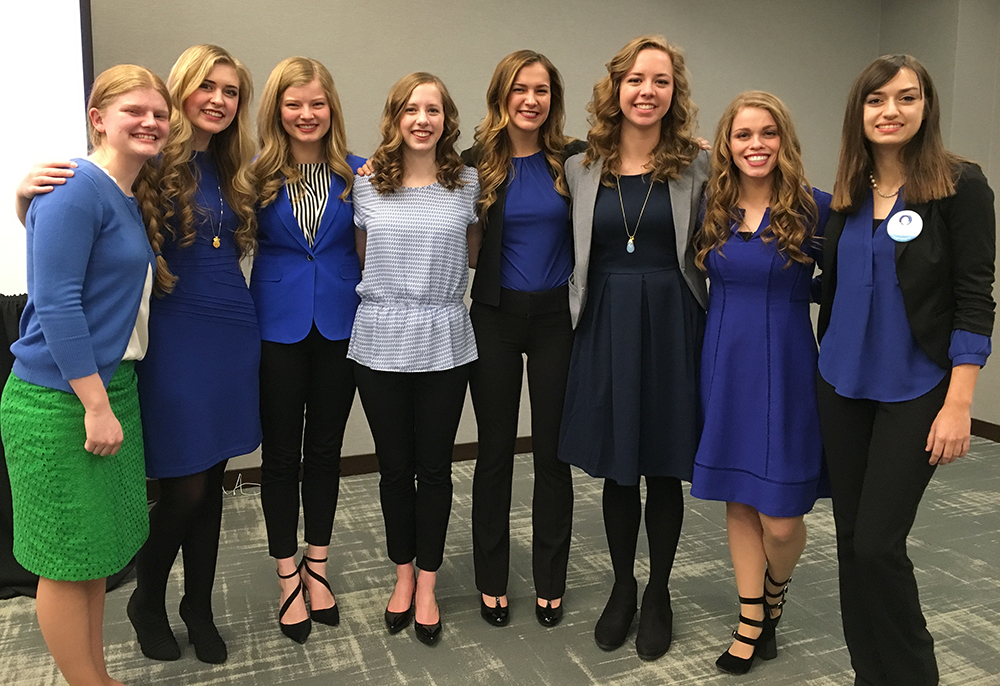 On Monday afternoon, the United Nations in New York declared it was canceling all official events for Tuesday, March 14, on account of a major winter storm, which was expected to drop up to 18 inches and to close public transportation.

Big Ocean Women (a Utah-based, faith-based grassroots organization) had two events scheduled for Tuesday, but because both presentations were across the street in the One UN Hotel instead of inside the official U.N. headquarters, the group still chose to hold their classes and even saw the closure as a benefit. 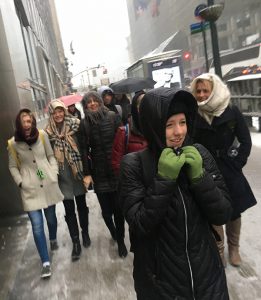 New York was buried in a snowstorm, which closed public transportation and led city leaders to encourage everyone to stay home. Many schools and businesses closed, but the Big Ocean Women found their way to the One UN Hotel where they held two presentations across the street from the closed headquarters of the United Nations. (Photo courtesy Big Ocean Women)

“Women had come from around the world for the Commission on the Status of Women, and our event was one of the only options for attendees due to the weather,” says Amanda Wilkinson, youth delegation leader for Big Ocean Women. “The turn of events actually worked in our favor.”

The first Big Ocean presentation featured Provo’s Carolina Allen, founder of the group, who spoke about reproductive work and care work. She passionately proclaimed, “We need the United Nations to listen to our voices … If you listen to the mothers, the world will be at peace.”

The second Big Ocean presentation included eight young women ages 16-19 who spoke on tenets including, “We are free to choose and willingly accept responsibility for our choices” and “We are empowered by our feminine nature and biology, and we honor our procreative power.”

Idahoan Marisa Hoover, a freshman at BYU, was the final speaker during the youth presentation, and she spoke on the Big Ocean tenet of “We are each unique and innately worthy of respect.”

She was applauded for her message, which included a section about abortion. 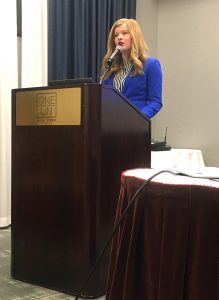 The one-hour presentation ended with a singing and sign language rendition of “Glorious” by high school junior Hailey Bennett. Then the audience stood to ask questions or make comments, all of which were positive — an uncommon outcome of any presentation in the divisive U.N. environment.

Attendee Mark Dransfield started the Q&A by saying, “I have seen presentations in the General Assembly of the United Nations, and this presentation deserved to be delivered there and is better than what I’ve seen across the street.”

The crowd erupted in thunderous applause.

Next, Mary Ann McClellan told the young women she was thrilled she chose to come to their almost-canceled presentation.

“Other U.N. speakers are not as fluent or well-equipped to represent their topics other than saying ‘Stop abortion,’ but they have no plan,” McClellan says. “Marisa built a solution and they’ll come! I am telling you it is such a miracle and it’s happening right here with all of you.”