Home Life Snapshots of the heart: Not for the faint of heart

Snapshots of the heart: Not for the faint of heart 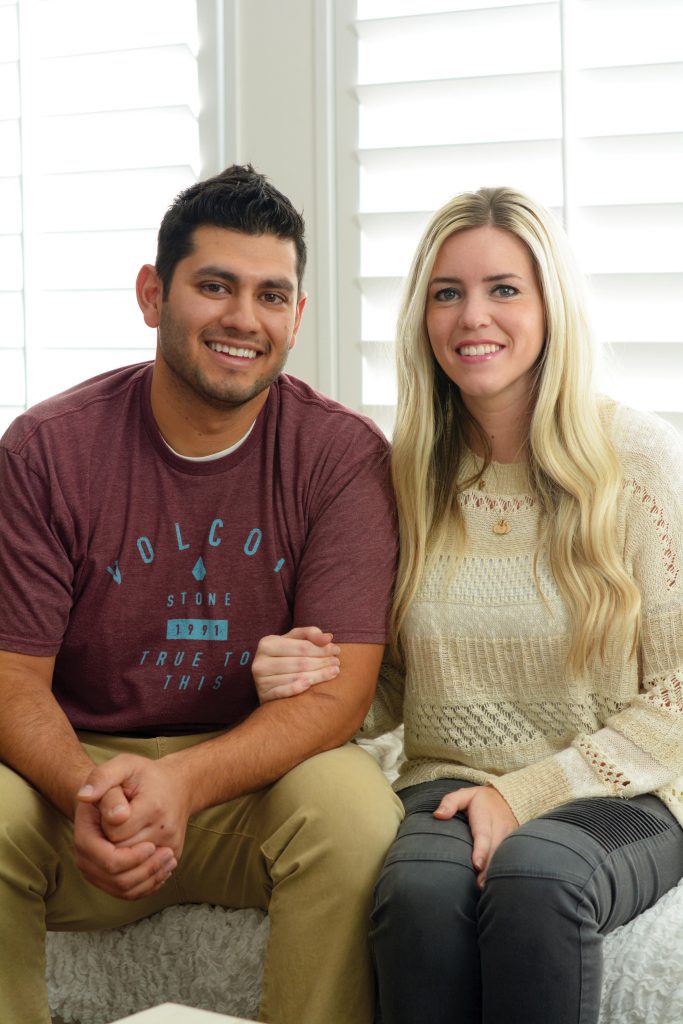 High school sweethearts Aaron and Lexi Gonzalez keep their plates full with two companies and their hearts full with four children. Their family began with a high school pregnancy. The Highland couple have been married for 14 years. (Photo by UV Mag)

The story of the Gonzalez family began on a day known for love — Valentine’s Day — although this love story took a more complicated route than “be mine.”

Aaron and Lexi Gonzalez met on February 14 as juniors in high school and, although they attended rival schools (Orem and Mountain View), the two had an instant connection.

“Before they closed the canal in Orem we used to go down there,” Aaron says. “We called it ‘The Twilight Zone.’”

Along with friends, the two would walk through the dark underground canal for about a mile until they ended up near the Virgin Dam.

But when senior year began, a pregnancy test yielded positive results and Aaron and Lexi faced a decision — to keep the baby or to give it up.

“Most people would say that getting pregnant in high school would be a really bad thing. But if that wouldn’t have happened to us, we wouldn’t be where we are today.” — Lexi Gonzalez

“Everyone’s opinion was that we should give up the baby, that we were too young,” Aaron says. “Looking back we can’t believe we were that young. We felt a lot older.”

The two knew the baby was theirs and they decided to keep him. Aaron started taking on more hours at work to provide for his family.

“I’ve always loved his work ethic — he works so hard to make sure he’s taking care of us,” Lexi says. “That was really awesome of him to do when he was only 18.”

Lexi attended the first term of her senior year and then finished her GED. Suddenly fun-filled days with friends changed to caring for her first child, Josh.

“I’d sit on my mom’s floor and do my packets while Josh played with toys and my mom would watch him while I took my tests,” Lexi says.

A year and a half after becoming parents, the two decided to marry and moved into their first home.

One of this busy couple’s secrets to marital happiness is talking through problems instead of letting them fester. This lesson began with the pregnancy, which neither of them say they would change.

“Most people would say that getting pregnant in high school would be a really bad thing,” Lexi says. “But if that wouldn’t have happened to us, we wouldn’t be where we are today.”

3 Mormon celebrities who have spoken in general conference Previous post