Hot spot for ghost hunters and vandals to be torn down 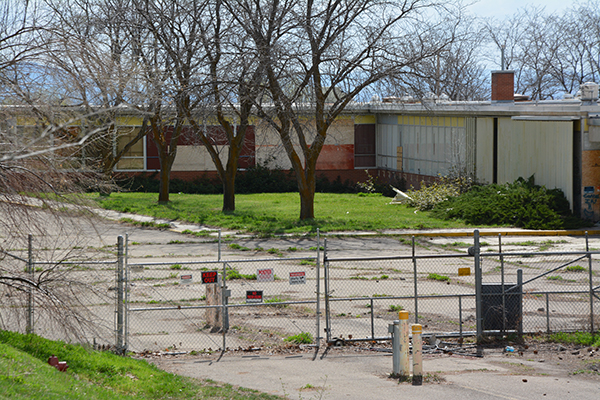 Since it was abandoned in the 1990s, the old Utah County Jail has been a magnet for ghost hunters, with some claiming to capture ghosts talking on audio recordings. It’s also a popular place for graffiti and other illegal activity.  People have stolen all the copper wiring, damaged the plumbing and broken all the windows.

“It’s become a very attractive nuisance and a huge liability for the city,” said Tara Riddle, property coordinator/ombudsman for the city.

So on Tuesday night the Provo Municipal Council voted to budget $725,000 to remove the asbestos from the 65,000-square-foot building and demolish it, so a developer can turn the property into a residential area.

Utah County moved the jail into a new building in Spanish Fork in the mid-1990s. It considered selling the building, at 1776 Buckley Lane, as a private jail, Riddle said, but the surrounding neighborhood objected. Provo ended up buying the property in 1997.

“It’s become a very attractive nuisance and a huge liability for the city.” — Tara Riddle, property coordinator/ombudsman for Provo

The company that built the iProvo project used the building as an office. And a film crew later used it as a set. Other than that, it’s been vacant all these years, she said.

“About five years ago we noticed increased vandalism,” Riddle said. “We cannot keep people out of it.”

But one group thinks it can save the building, and put it to good use.

John Fenley of Provo Makerspace wants to buy the building and turn it into a place for all kinds of innovation and businesses. He says $725,000 would cover the cost to renovate the building, which he estimates would be worth millions. He’s trying to stop the city from selling it to a developer and demolishing the building.

“I think just economically, demolishing this building is a bad idea,” he said. “It doesn’t make sense to me.”

Riddle said the building is in such bad shape that the city has never discussed keeping it intact.

The council voted unanimously to budget for the asbestos removal and demolition.