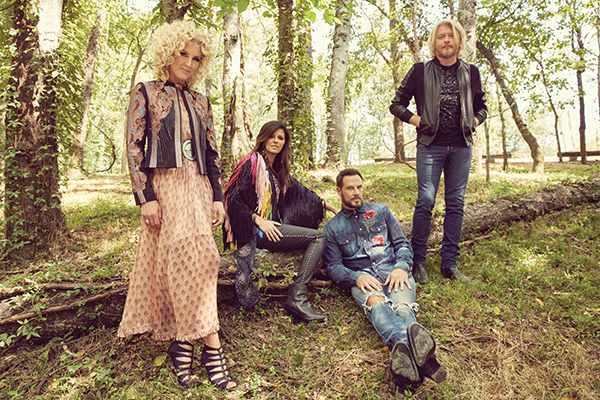 “We feel thrilled about Little Big Town coming to Stadium of Fire,” said Paul Warner, executive director of America’s Freedom Festival, in a press release. “They are a Grammy award-winning band,  the reigning ACM and CMA Vocal Group of the Year, and they recently won a People’s Choice Award for Favorite Country Group. Their latest single ‘Better Man,’ just celebrated a two weeks at No. 1. I don’t think there’s anyone hotter right now.”

A four-man country group, Little Big Town’s members include Karen Fairchild, Phillip Sweet, Kimberly Schlapman and Jimi Westbrook. The group started 18 years ago with hits such as “Boondocks,” “Bring It On Home,” “Good As Gone” and the Grammy-nominated single “Little White Church.” There most recent albums — “Tornado” and “Pain Killer” — have included No. 1 singles “Pontoon,” “Tornado,” and “Better Man.”

At the 2016 Grammy Awards, Little Big Town earned the award for “Best Country Group/Duo Performance.” “Girl Crush,”  which was the best-selling country single in 2015, received the honor for “Best Country Song.” 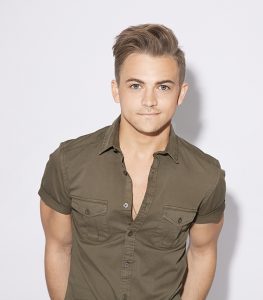 Hayes, a singer and songwriter, has a double-Platinum-selling No. 1 self-titled debut album “Storyline.” He has three No. 1 singles including multi-Platinum smash “Wanted,” double-Platinum “I Want Crazy” and “Somebody’s Heartbreak.” To celebrate his most recent birthday, Hayes release three songs from his upcoming, untitled third album: “Yesterday’s Song,” “Young Blood,” and “Amen.”

“There’s a lot of love for Hunter Hayes in this community,” said Warner. “He’s such a tremendous talent and will add so much to the show! We’re so pleased that he will be joining us on July 1, the show wouldn’t be complete without him.”

Past celebrity performers at the Stadium of Fire have included Tim McGraw, Carrie Underwood and Journey.

Besides these national performers, the Stadium of Fire celebration will hold patriotic festivities including flag-waving skydivers, fireworks and performances on the field by local dancers.

Stadium of Fire hosts approximately 40,000 people annually at LaVell Edwards Stadium, but the performance reaches a wider audience. The event is broadcast to more than one million military men and women in more than 100 countries via the American Forces Network.