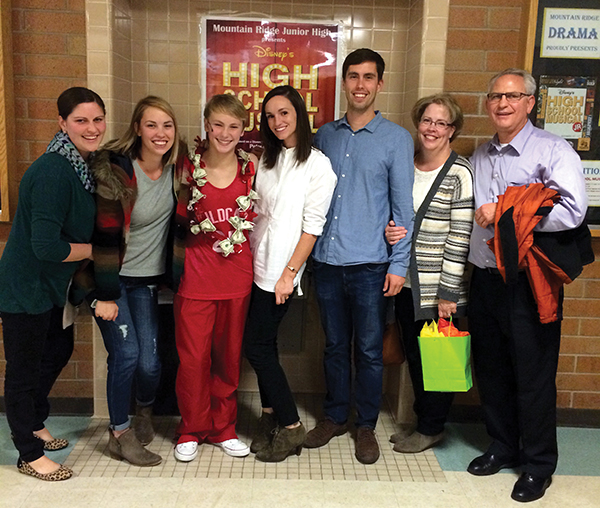 Kevin and Mary Buckner started the J. Wesley Foundation as a way of remembering their son and sharing his love of music. Wes played Troy Bolton in Mountain Ridge Junior High’s rendition of “High School Musical” just months before he died. (Photo courtesy of Kevin and Mary Buckner)

The grand piano in the family room of the Buckners’ Highland home is more than a musical instrument. It’s the spot where a 14-year-old musical genius composed masterpieces. It was his refuge and place of solace as he battled depression and anxiety. And it’s a symbol of unplayed songs from a boy who died with so much music left inside him.

But let’s rewind to the simpler beginning of the Buckner soundtrack when Kevin and Mary Buckner met at a dance in Provo and the two instantly found harmony.

“He was not like anyone I had dated before,” Mary says. “He was really nice and good-hearted.”

“She was really sharp, had a good sense of humor and a great smile — and she was cute,” he says. 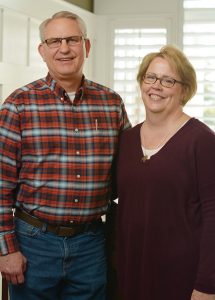 Kevin and Mary Buckner relied on their marriage to help them grieve the loss of their son to suicide. (Photo by Dave Blackhurst/UV Mag)

The two married and added the sounds of four children, including the piano notes from their youngest son, Wes, whose love for music began in utero.

“If he heard music, especially if it was quiet around, he would go crazy and keep the beat before he was born,” Mary says.

By 5, Wes began to compose his own songs. By 7, he could play any song by ear.

“He was a natural entertainer,” Kevin says. “When he performed, he would turn it on and never shy away from the center of the limelight.”

Wes could constantly be found at the piano, but the music stopped flowing in March 2015 when they lost their eighth-grader to suicide.

“We felt that nothing good comes from a kid passing away, especially the way Wes passed away,” Mary says.

Amidst their grief, comments flooded in about how talented Wes was and how much the music would be missed. His friends turned to the piano for solace, just like Wes had done during his life.

Then a chord struck Mary’s mind. What about the kids who didn’t have a piano or an instrument to turn to?

Soon, the J. Wesley Foundation came to fruition, a nonprofit that raises funds to donate pianos to those in need.

“We’ve had the support of so many generous people and things have really fallen into place,” Mary says. “We gave away four pianos the first year, and this year we gave away a really generous college scholarship and a piano.”

When looking for candidates to receive the pianos, Mary and Kevin look for those who share Wes’ passion and for those who “think in music” like he did. 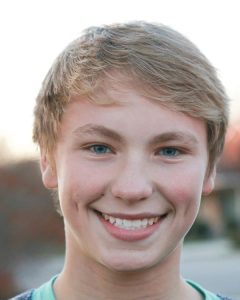 The youngest of four, Wes Buckner’s passion was composing original music. Some of his last compositions also included singing.

“Wes was a loving soul and now we are able to pass that along vicariously,” Mary says.

While the duo discovered they grieve in different ways, they rely on each other to make it through the hard times.

“A lot of people don’t want to talk about the death of a child, but we talk about it,” Kevin says. “The pain never leaves. It becomes less intense, but it never goes away.”

The two know staying together through hardship has strengthened them.

“When you are going through the worst thing, it’s important to stick with each other,” Kevin says.

Although the couple will always mourn the loss of their son, together they remember him through memories of the music he created and the joy he brought.

“Wes is never forgotten,” Mary says. “We say his name all the time. We have pictures of him everywhere.”

Through memories and through song, Wes lives on through the sound of the heart.