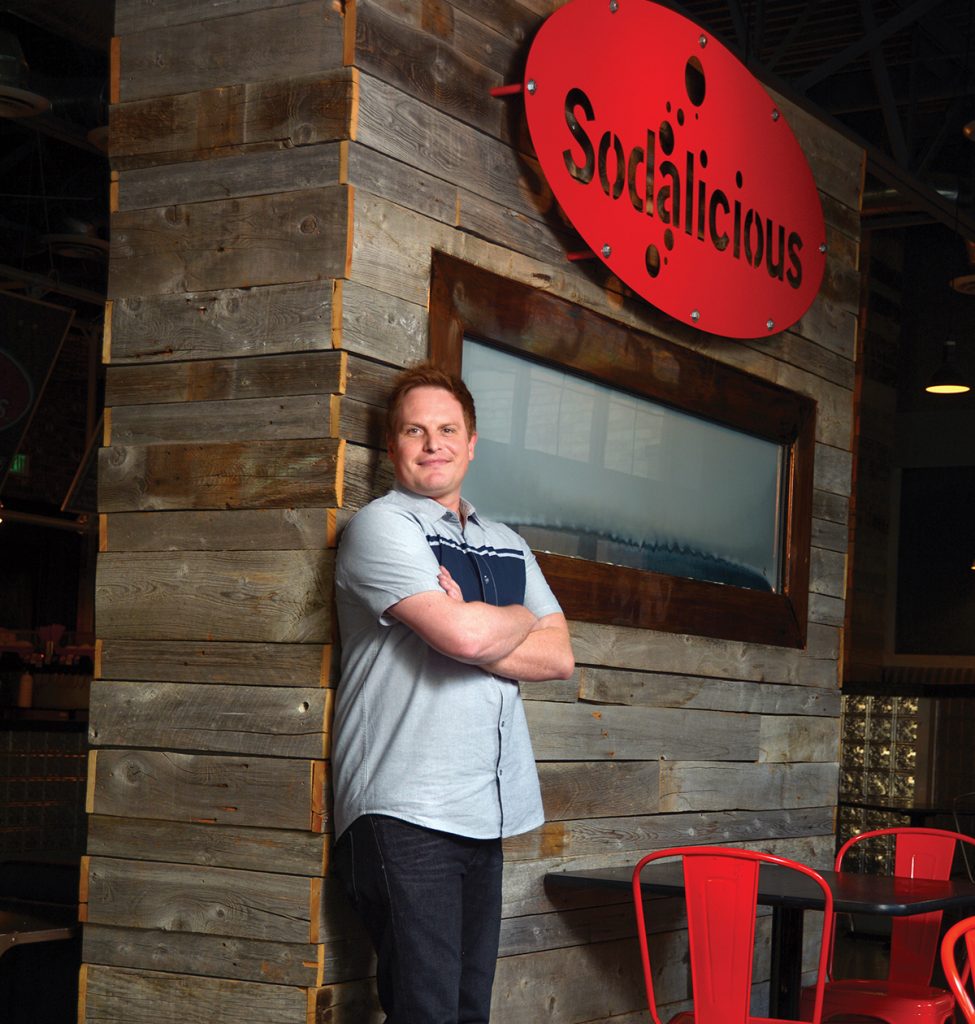 “A law suit is like a roller coaster,” says Sodalicious Founder Kevin Auernig on being sued by St. George-based Swig over using the word “dirty.” “There are moments of intensity and moments where it feels flat. The best advice I’ve gotten through the ordeal is that Nothing matters more than my family. together We’re fighting this thing, and I know we didn’t do anything wrong, So I’m happy to keep rolling with it. But I’m not going to waste my energy obsessing. I’m going to focus on my family. I’m going to focus on our products. and I’m going to focus on my #sodafam. Nothing could be more productive than that.” (Photo by Dave Blackhurst/UVBizQ)

As a kid, he opened lemonade stands and played “company” with his cousins. And in second grade, when other kids were declaring their dreams of fighting fires and flying planes, Auernig was making a plan — a business plan.

“I wrote that when I grew up, I wanted to be an entrepreneur, and my teacher was really impressed I knew how to spell it correctly,” Auernig says. “I can still see that brown paper with the big lines. I wrote what I wanted to be, and then I drew a picture of J.R. Ewing from ‘Dallas’ next to it — hat and all.”

Auernig walked by that picture every day, hung in his school’s hallway with carpeted walls.

“My picture was so different from everyone else’s,” he says. “I’m not sure I knew exactly what ‘entrepreneur’ meant, but I knew it meant creating something. It meant taking control. I had a challenging childhood, which taught me how to be independent — to learn how to survive and get through tough things. I loved the idea of being in charge of my future.”

These days, Auernig is in charge of the ultimate lemonade stand: Sodalicious.

1. Start your engines. “Get started. Make progress every day. People often come to me with, ‘I want to start this. I want to do that.’ And I just look at them and say, ‘well, What are you waiting for?’”

3. Work, work, work. “The universe has a way of bringing things to you when you’re willing to work hard.”

4. People pleasers. “success is about relationships. Think about your people non-stop. The best part of my job is promoting my people and empowering them to grow, develop and excel. Man, it brings me joy.”

Auernig attended the University of Utah for a time, but soon realized he needed a change of path — and a change of town.

“I randomly moved to Provo in 2004,” he says. “College was a struggle for me, and I knew I needed a break. I don’t sell that mindset to kids, mind you, because the odds of succeeding without school are obviously stacked against you. But I knew college just wasn’t for me.”

Not long after he moved to Provo, Auernig met and married his wife, Annie. They’ve been there ever since — and they’ll never leave.

“Could there be anything better than being based in Provo? The vibe here is amazing, we have the world’s greatest mayor in John Curtis, and I get to rub shoulders with the most creative people,” he says. “There’s a safety between entrepreneurs here. We want to see each other succeed. Sodalicious has been a success because Provo got behind us in a big way.”

“Annie turned to me one night and said, ‘Want to open a soda shack?’” he says. “She’s always loved flavoring sodas and giving them funny names. And I remember looking at her and just saying, ‘I’m in.’”

The Auernigs teamed up with another couple, Anna K and Kent Findlay, and the original plan was to run it like a snow cone shack. But plumbing regulations quickly required that their fountain dreams find brick and mortar beginnings.

They opened their first shop in October of 2013, and bootstrapped themselves to the present with 13 locations in Utah and Arizona, four more under construction in Utah, and more than 230 total employees. In the next five years, Auernig predicts they’ll be at 100 stores across a number of states. (The Findlays left the company this year to pursue other ventures.)

“We aren’t a soda shop — we’re an experience,” he says. “Just a month after we opened. I was working the drive-thru window at night, and this woman drove up sobbing in her suburban. While her drink was being made, I said, ‘If you need to talk, sometimes it’s helpful to tell someone you don’t know.’ She looked at me and said, ‘My marriage is falling apart, and I just want my drink and my cookie to make me feel better.’ That’s when I knew this was about so much more than flavored sodas and sugar cookies. We are a source of comfort for people, and we truly take that to heart.”

J.R. Ewing would be proud.

Provo celebrates 168th birthday with myriad of events Next post