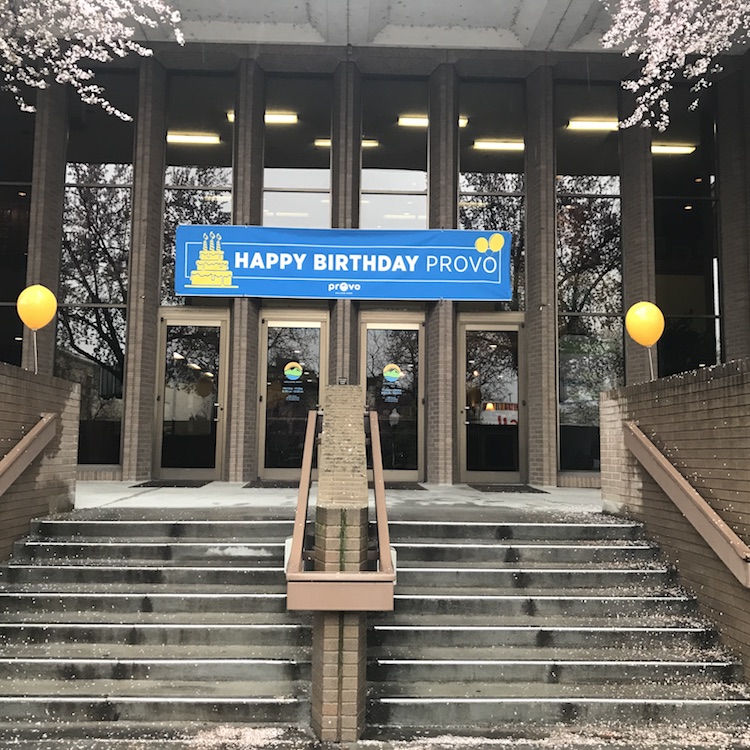 Provo City is celebrating its birthday, which falls on April 1, from March 27 to April 3. (Photo courtesy Provo City)

Provo City is celebrating its 168th birthday during the week with its final event wrapping up on Monday, April 3. While Provo’s exact birthday is April 1, no joke, the city has moved the celebration in order to accommodate the large population that will be occupied with the 187th Annual General Conference over the weekend for The Church of Jesus Christ of Latter-day Saints.

If you are looking to celebrate — and maybe win a prize — here are seven ways to participate in the birthday celebrations.

Pick up a free balloon

It’s a yellow balloon blitz in Provo. The city is handing out one free balloon per person at the City Center Lobby (351 W Center Street) during business hours Monday, March 27 through Friday, March 31.

Compete in the coloring contest

Provo has made it pretty easy for you to pull together a party by providing a party packet filled with videos, party hats, games and more. Download the party packet here.

On Tuesday, March 28, join the bike brigade on a tour around Provo. Jessie Embry, a BYU emeritus history professor and specialist of Utah and Mormon history, will lead a leisurely ride around town and point out Provo’s early history and architecture in the second half of the 19th century. Meet on the west lawn at Provo City Library at 5 p.m.

Come to the carnival

For one of the first carnivals of the season, join Provo City Thursday night at the Startup Building (560 S 100 W) from 6 p.m. to 8 p.m. Enjoy giant inflatables, fire truck, petting zoo, food trucks and more.

To wish Provo a happy birthday, Google Fiber is inviting everyone in to write a message on a giant birthday card for Provo. Sign the card during office hours (10 a.m. – 7 p.m.) from Wednesday, March 29 through Saturday, April 1 at Google Fiber Space (250 Center St #101). Plus, take a picture in the photo booth and grab a goodie bag while you are there.

All of these smaller parties are leading up to the big Founder’s Day celebration on Monday, April 3. The family-friendly historical event takes place at Provo Pioneer Village (500 W 600 N) from 5 p.m. to 8 p.m. Besides the historical village with blacksmithing demonstrations and other blasts from the past, historian and author Robert Carter will give a presentation at the Carriage House at 6 p.m.

If you participate in any or all of these events, remember to hashtag #happybirthdayprovo for a chance to win a birthday cake.