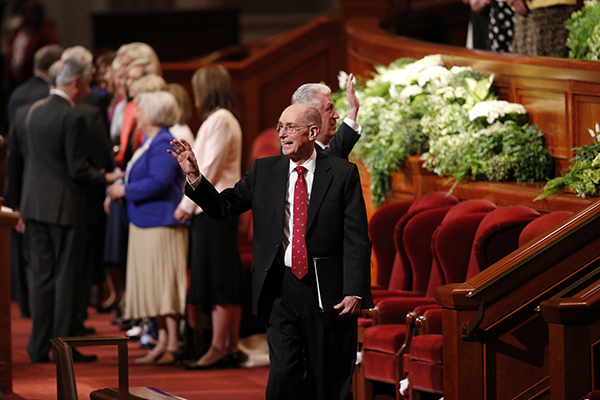 The 187th Annual General Conference for The Church of Jesus Christ of Latter-day Saints began last weekend with the Women’s Session of conference and continued again Saturday morning.

General Conference lasts for a total of six sessions totaling 12 hours. While the LDS Church leaders give specific instruction and teach gospel principles during conference, here is a quick overview of the messages shared by each of the speakers.

“When we spiritually lean to our own understanding, we lean away from our Savior.”

Choose to be holy and let your actions reflect that holiness.

Even in times of trial, you can feel peace from the Spirit.

As families are the “basic unit of the eternal realms,” the work of our generation is to be gatherers that tie families together through family history and temple work.

“Heavenly father does lead us, guide us and walk beside us,” and with that knowledge, we can be “Heavenly Father’s care package for others.”

“There is so much more to our existence than what happens between birth and death” because of the Savior.

“We should not be guilty of persecuting people within or outside the church,” which should motivate us to love one another by humbling ourselves and recognizing we too are sinners.

We receive strength from the Savior which will help us keep from wavering.

Elder Mark A. Bragg, Of the Seventy

Even in this darkening day, we can find light in the the church, the gospel and the Light of Christ.

As we stretch ourselves to become more like the Savior, He will reach out to us. 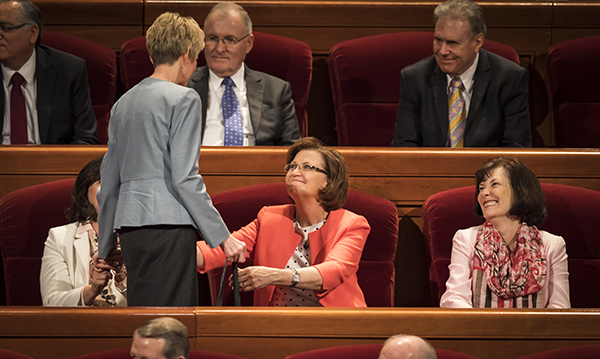 “We are all called to be disciples of our Savior.”

There is room for everyone in the church.

Elder Gary B. Sabin, Of the Seventy

Be firm in your commitment to the gospel by choosing to be “all in.”

We must become fluent in the language of the gospel.

As members of the church, we must “overcome the world” and put off the natural man.

Our plans should lead us to achieve our goals, and our ultimate goal is to return to Heavenly Father and receive our promised blessings.

“Let us examine our lives an ddetermine ot follow the Savior’s example by being kind, loving and charitable.”

Your missionary assignment is not based on a location, but rather it is focused on the labor you give in the Lord’s vineyard.

Leaders in the church do not seek for personal recognition, but instead means we are looking outward and seeing those we serve through God’s eyes.

Walk with the Lord in your priesthood service. 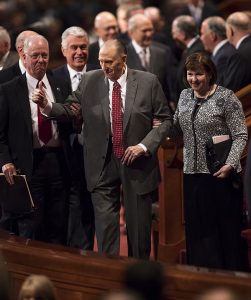 “A strong testimony of our Savior, Jesus Christ, and of His gospel will help see us through to safety,” and we can gain that testimony through the Book of Mormon.

In order to rear our children in “the light and truth” of the gospel, we must be an example for them and instruct them in gospel doctrines.

“Inviting others to come unto Christ is our purpose and we can fulfill that purpose by looking up to Christ.”

Elder Ronald A. Rasband, Quorum of the Twelve

Commit to doing  whatsoever the Lord directs you to do.

Understand the nature of the Godhead and the three separate roles each plays in our lives.

God does not motivate through fear, but through love, persuasion, long-suffering, meekness and gentleness.

We need to raise a warning voice of the truths we know without shaming others but instead by speaking with love.

On your road to baptism, meet with the missionaries, go to church, read the Book of Mormon and repent.

We need to see others as the Lord sees them — even when others don’t live up to our expectations — and learn to love like our Heavenly Father loves His children.

Know the nature of the Holy Ghost: he is the third member of the Godhead, a person of spirit and is given through the laying on of hands.

“God knows you and invites you to know Him” through scripture study, keeping your covenants and keeping the commandments.

Benjamin De Hoyos, Of the Seventy

We must allow our light to shine and be a standard for the nations.

“Faith is a principle of power,” and we should build a solid foundation for our faith.

This story will be updated throughout conference with each address.

The 8 stages of general conference with little kids Next post