The announcement comes after a milestone year with the dedication of the 150th temple of The Church of Jesus Christ of Latter-day Saints, the Provo City Center Temple.

The LDS Church has 155 temples operating with an additional 27 under construction or announced, bringing the total number to 182 temples.

Since October general conference, three temples have been dedicated.

“When you see those majestic mountains, the Rocky Mountains to the west and the plains to the east, and here, right at this wonderful intersection of both, is the house of the Lord,” President Uchtdorf said at the cornerstone ceremony.

The temple now serves approximately 44,000 members of the church, according to Mormon Newsroom.

Elder David A. Bednar of the Quorum of the Twelve Apostles dedicated the Star Valley Wyoming Temple on Oct. 30, 2016.

The experience was particularly meaningful to Elder Bednar’s wife, Susan, who grew up in the area.

“This is just like an amazing dream,” she told the Deseret News. “I’m amazed and thrilled, I’m excited, and I’m just full of appreciation to a loving Heavenly Father who has seen fit to bless these people.”

Barbara Perry, wife of the late Elder L. Tom Perry, also grew up in Star Valley and attended the dedication.

President Gordon B. Hinckley originally announced a temple for the Hartford Connecticut area in 1992, according to LDS Church Temples. Three years following the announcement, the church suspended the plans. 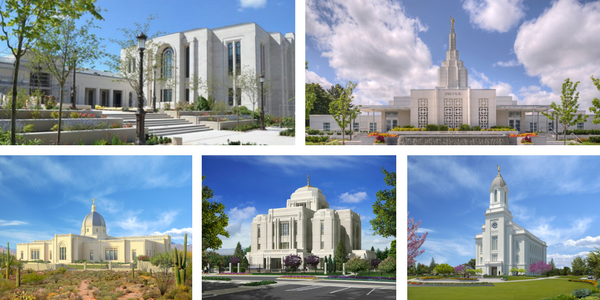 The LDS Church has announced five temples to be dedicated or rededicated in 2017. (Photos by Mormon Newsroom)

I tried it: Writer Greg Bennett adds a dab of color to life through Orem’s SCERA Art Center Previous post