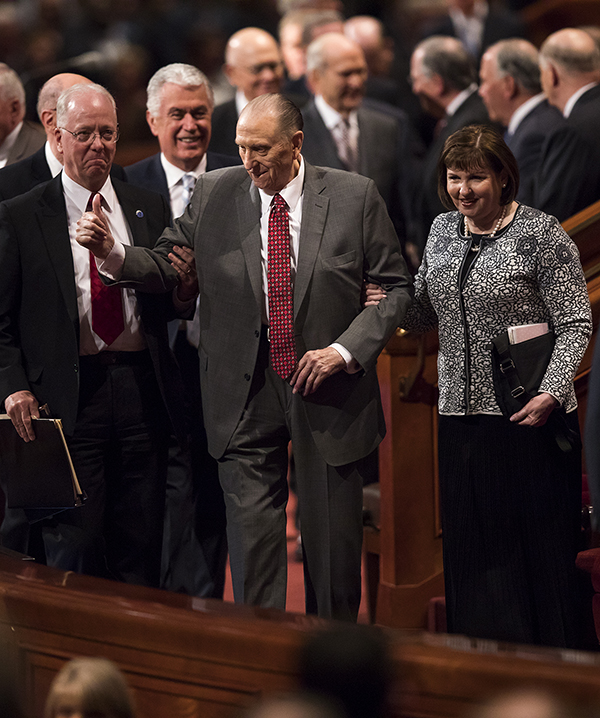 LDS Church President Thomas S. Monson has been hospitalized, according the church’s spokesman.

The 89-year-old president, who has been the church’s prophet since 2008, is expected to be released from the hospital soon.

Eric Hawkins, spokesman for The Church of Jesus Christ of Latter-day Saints, confirmed in an email that President Monson was hospitalized Monday evening.

“President Monson was not feeling well last evening and was admitted to the hospital,” Hawkins said. “He has received treatment and fluids and will hopefully be released soon.”

President Monson’s hospitalization comes a day following the 187th Annual General Conference, which is a worldwide gathering of members of the church where 10 hours of speakers and music are broadcast live over a two-day span. At the conference, President Monson gave two short talks: once in the Priesthood Session on Saturday night and one in the Sunday Morning Session. He also announced five new temples — one of which will be built in Saratoga Springs, Utah.

Provo restaurateur: We can do better for veterans Next post