2017 Headliner of the Year: DevMountain 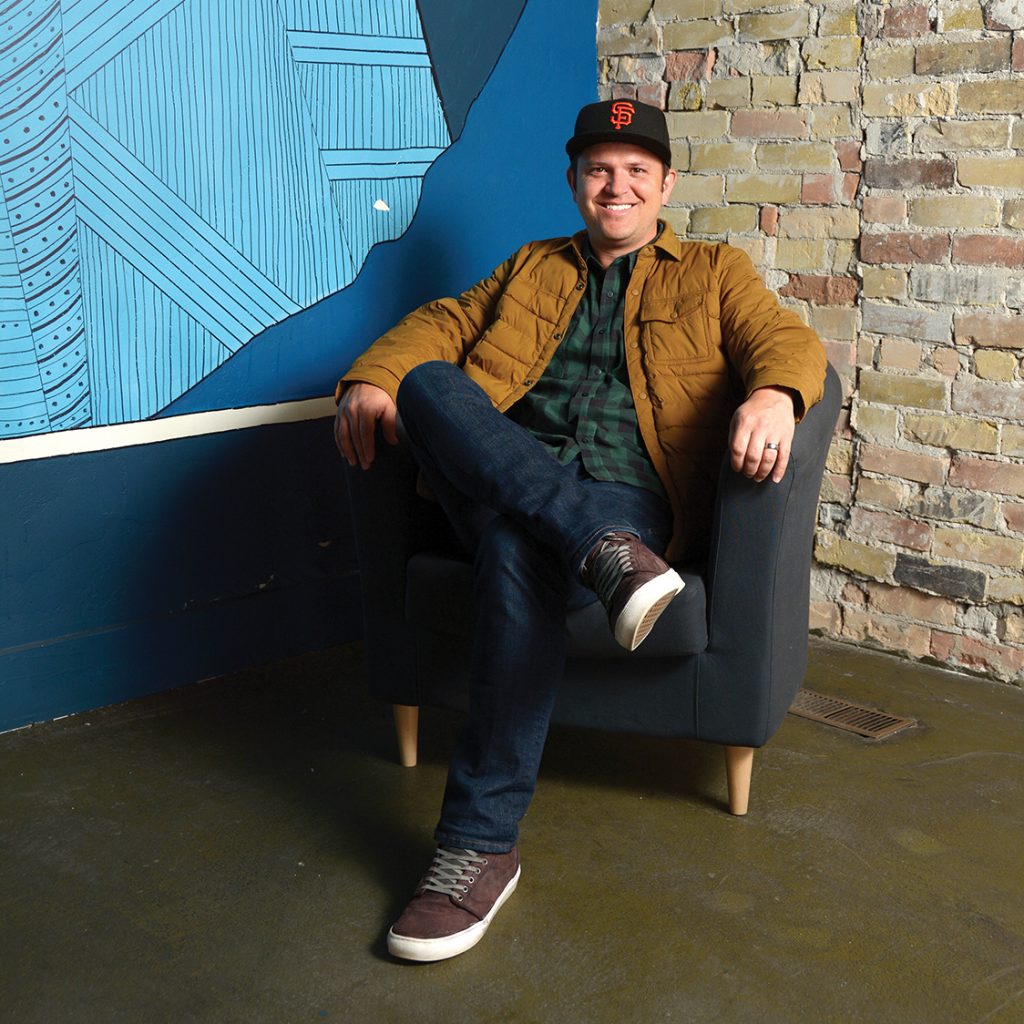 DevMountain founder Cahlan Sharp says he is grateful for his change in career: “The most amazing part of this journey has been students telling us DevMountain changed their lives. In Dallas we worked with a refugee service that offers scholarships for people being relocated from places like Syria and Iraq. There was an Iraqi refugee living in Dallas who was an electrical engineer, but in Texas he couldn’t get a job and was working as a stocker at Walmart. He was so unhappy that he was considering going back to Iraq. But he got one of our scholarships and in the end landed an amazing job. He wrote the nicest note thanking us, and it’s moments like that you live for. It’s why I quit my job to do this.” (Photo by Dave Blackhurst/UVBizQ)

Headliner of the year? That’s code for crushing it.

DevMountain, a coding bootcamp school headquartered in Provo, has become a leading institution in an exploding industry.

According to Course Report, a third-party resource for students, the $200-million market boasted 91 full-time coding bootcamps nationwide and nearly 18,000 graduates in 2016.

For its part, DevMountain, founded in 2013, is the largest coding bootcamp in the Intermountain West, has three locations (Provo, Salt Lake and Dallas), is one of the highest-rated coding schools in the country, has a projection of 700 full-time graduates this year, and in 2016 was acquired by Capella Education Company for $20 million.

1. You got this. “Don’t give up. I know, I know. So cliche. But stay strong. Stay determined. Don’t freak out. Just keep going.”

2. Prepare to pivot. “Even if you have the best business idea in the world, you will need to change and pivot. Always. It’s just part of the process. Businesses don’t succeed on brilliance alone. Be flexible.”

3. Make it, don’t fake it. “Don’t go out looking to be acquired. It’s distracting and unproductive. Work on your brand, reputation and revenue so that you have true value when the time comes. You can’t fake value. It’s kind of like getting married. If your goal is to get married, your chances of getting married go down. But if you focus on being a good person and bettering yourself, the chances of marriage increase.”

DevMountain founder Cahlan Sharp is a coder and software engineer by trade. His career has taken him to a variety of companies — both startup and sizable.

“But I always gravitated toward the startups,” he says.

During a time of career introspection (“I was having a moment”), Sharp asked himself what really mattered.

“It’s a blessing to have a job that pays the bills, but I was craving an opportunity to do something impactful and important,” he says. “And I immediately thought of education. It’s a huge barrier for a lot of people, and it’s something that touches everyone. I knew there had to be a problem I could solve.”

Sharp has a master’s degree in education from BYU. So that diploma, combined with his software career, led to the best of both worlds: coding classes.

Cahlan’s classes found a home in the Startup Building in Provo — and the response was overwhelming.

“It went crazy,” he says. “People were coming out of the woodwork. And the more time I spent researching, the more I realized these classes were in demand. People were hungry for them.”

And DevMountain was born.

With the industry booming, DevMountain has worked hard to differentiate itself from its competitors — which don’t include universities, for the record.

“We’re looking for a different type of student than a university is,” he says. “Our competitors are other non-traditional, accelerated options.”

And between being one of the most affordable options (including a program that pays for student housing) and an intense focus on job placement (the company has placed graduates with more than 100 companies in Utah), DevMountain’s ratings have skyrocketed.

Since Capella acquired the company last May, DevMountain is now armed with the tools it needs to rule the schools.

“I’ve heard so many horror stories with acquisitions, but it’s been incredible. We’re in a place where both parties respect each other and want the same thing. And now we’ll keep growing. We’ll keep excelling,” Sharp says. “Our school is filling the tech gap — and in a truly impactful way, it feels like we’re making a dent.”

Snapshots of the heart: With all their hearts Previous post

The Aces will headline the first 2017 Rooftop Concert Next post