Home Life Snapshots of the heart: From covers to lovers

Snapshots of the heart: From covers to lovers 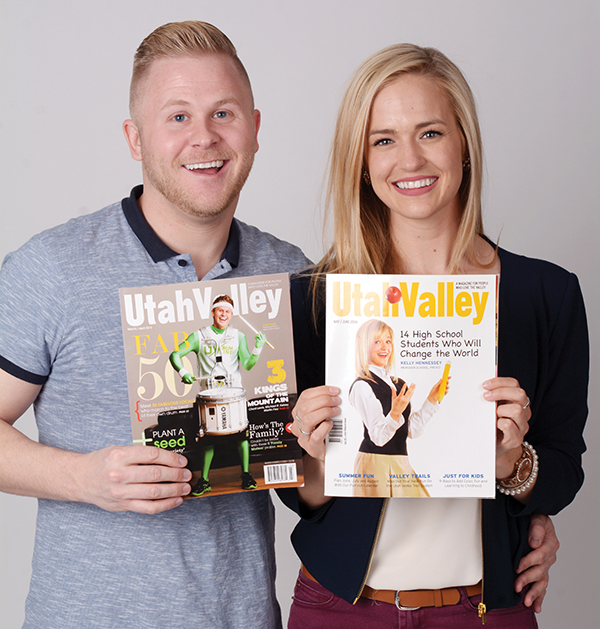 Clint Pulver and Kelly Hennessey have both appeared on Utah Valley Magazine covers. They met six months ago and are now inseparable. (Photo by Dave Blackhurst/UV Mag)

Utah Valley Magazine readers may recognize these lovers. In 2006, Kelly Hennessey was one of our “high schoolers who will change the world.” She told us her dream job was “working as a successful actress,” which she fulfilled with a Los Angeles career.

Clint Pulver abandoned his green spandex suit from our 2012 cover to pursue a career as a professional speaker. He also crossed an item off his bucket list — to be in a movie as he fulfilled the extraordinary role of Elder Kestler in “Saturday’s Warrior.”

While filming the movie, one of the cast members told Clint about a girl he should meet named Kelly. So the Pleasant Grove boy reached out to the Los Angeles girl on Facebook, but this story of boy meets girl took nine months.

“It wasn’t easy getting a date with this girl,” says Clint, who persisted.

When Kelly visited Utah to welcome home her younger brother from an LDS mission, Clint and Kelly met at Station 22 in Provo. Even though Kelly returned to LA shortly thereafter, the conversation never ended.

Six months and almost daily FaceTime and Skype calls later, Kelly is packing up her bags in Los Angeles and moving back to Utah to be closer to Clint.

The future looks bright for these star-crossed covers.

“I want to make Kelly proud of me just because of who she is,” Clint says. “That’s key in relationships — find somebody who you are willing to give 110 percent to. Find someone who is willing to move away from Los Angeles for you and dream new dreams together.”

8 design tips for maximizing your office space Next post