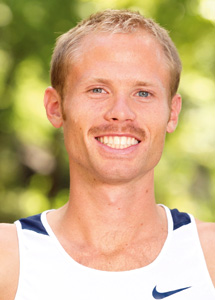 The finish line is crossed, the stats are in and Utah Valley’s Olympian took 10th place overall in the 2017 Boston Marathon.

Jared Ward, former BYU athlete and current BYU statistics teacher, ran the race in 2:15:28. He was the sixth American to finish the race. Geoffrey Kirui of Kenya won the race in a time of 2:09:37.

This was Ward’s first Boston Marathon appearance. Ward finished sixth overall in the marathon at the 2016 Olympics in Rio de Janeiro

Before running in the Boston Marathon, Ward used his experience in statistics and looked at top performing Boston Marathon runners to calculate what he believed was the best race plan according to the course.

“The people who toe the line in Boston are real runners,” told Boston.com.