The Utah Jazz you may not know (or remember) 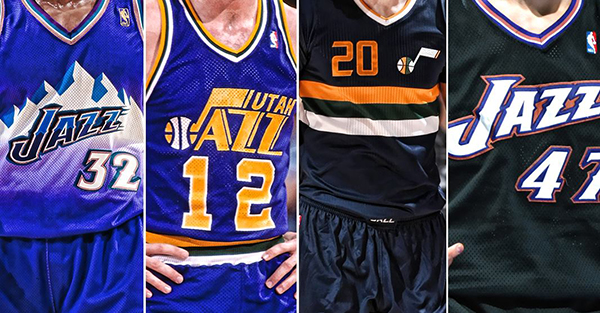 The Utah Jazz had a rough beginning, but now they are finding their way once again in the NBA playoffs. (Photo courtesy Utah Jazz Facebook)

The zenith of the Utah Jazz franchise occurred 20 years ago, when it played in the first of two consecutive NBA championship series against the Chicago Bulls during the summers of 1997 and 1998.

As great as those moments were for the state of Utah and Jazz fans everywhere, I remember simpler, and tougher, times.

Now that the Jazz have returned to the playoffs for the first time since 2012, let’s take a fast break down memory lane.

When the Jazz moved from New Orleans during the summer of 1979, I followed the news intently, though I was just a kid. The idea of Utah with a major league franchise was pretty exciting.

Not everyone felt that way.

The Jazz used to play their games in the Salt Palace and they lost a lot of games in that building and others around the NBA. During its inaugural season in Utah, the Jazz finished in last place in the Midwest Division, posting a 24–58 record.

Fans stayed away in droves.

That first season, the Jazz ranked No. 21 in the NBA in attendance — worse than the last season in New Orleans. During the first three years in Utah, the Jazz averaged 16 home wins and 7,665 fans per game.

Here’s some empirical evidence about the Jazz’s attendance woes. That third season in Utah, my young men’s group decided to attend a Jazz game. We showed up at the Salt Palace 30 minutes before tipoff, we purchased tickets (they weren’t very expensive) and we sat nearly courtside, right behind the Jazz bench.

Some didn’t believe pro basketball would survive here because this state had four highly competitive Division I basketball programs.

To say that the Jazz got off to a bad start in Utah would be putting it kindly.

To say that the Jazz got off to a bad start in Utah would be putting it kindly.

In 1982 NBA draft, the Jazz selected Georgia star Dominique Wilkins, nicknamed “The Human Highlight Film,” No. 3 overall. General Manager Frank Layden ended up trading Wilkins away to Atlanta for two players with questionable backgrounds, Freeman Williams and John Drew, and $1 million cash. The Jazz needed the money to stay solvent. During his stint in Utah, Drew was placed in a drug rehab.

The Jazz were surviving from month-to-month and the front office tried a number of ploys to stay afloat, like offering a three-for-one ticket campaign. In 1983-84, the Jazz played 11 home games in Las Vegas in hopes of improving its financial situation.

There were rumors of the Jazz merging with the Denver Nuggets or moving to Miami. Or Minneapolis.

Among the few bright spots were the charismatic Layden, who became the head coach, and players like Adrian Dantley, Rickey Green and Darrell Griffith. 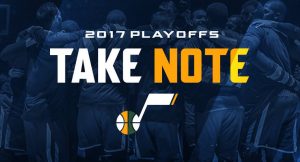 But when car dealer magnate Larry H. Miller came to the rescue by becoming a part-owner of the Jazz — and later sole owner — things started to improve. In 1984, the Jazz drafted John Stockton and the next year, they took Karl Malone. Both Stockton and Malone would go on to Hall of Fame careers and own a car dealership together.

In 1991, the 19,000-seat Delta Center (now Vivint Smart Home Arena) opened and the crowds came, selling out the facility on a regular basis.

The Jazz went to the playoffs for the first time in 1983-84, the starting of a playoff streak that would last 20 years, including two consecutive NBA Finals appearances against Michael Jordan and the Chicago Bulls.

Though the Jazz didn’t win an NBA title, nothing brought the state of Utah together quite like those Finals. The day Malone found out he was drafted by the Jazz in 1985, he said he was looking forward to going to the “city of Utah.” Well, because of the Jazz, Utah turned into one big city during the 1997-98 and 1998-99 NBA Finals. A very spread-out city.

Aside from hosting the 2002 Winter Olympics, the 1997 and 1998 Finals were two of the most significant events to happen to Utah since the pioneers entered the Salt Lake Valley in 1847, 150 years before the Jazz’s first-ever Finals experience.

Now the Jazz are back in the playoffs after a prolonged drought. They may not return to the NBA Finals for a while, but compared to where this franchise started in Utah, it’s a minor miracle that the Jazz are here at all.