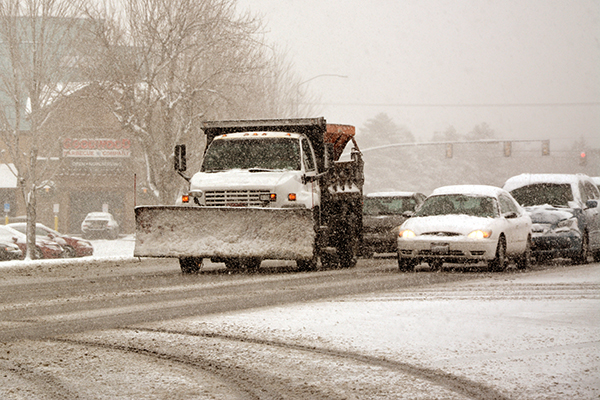 Provo spent more than $48,000 over its budget for snow plowing and salt this fiscal year, after more than average snowfall.

“This past winter we had a pretty significant snowfall, particularly in the month of January,” said city Public Works Director David Decker.

On Tuesday, the Provo Municipal Council moved $48,089 into the public works budget to cover what it spent over budget.

Most of the additional spending this year went to cover salt costs.

According to the city, the annual salt budget is $100,000. But this year it spent $138,089. And it spent $10,000 on overtime for snow removal. This was the third year in a row that the city had to have snowplow drivers work on Christmas Eve or Christmas Day, or both, Decker said.

He said the year was at normal or slightly below average for November and December. Then in January the area was hit with significantly more snow and major snow removal expenses.

The average snowfall in January for Provo is 14 inches, according to usclimatedata.com. This year the city got more than 27 inches that month. For the water year to date, Provo is more than 100 percent of normal, according to WeatherDB.

Earlier this month, Mayor John Curtis reported that mid-elevation snowpack in the mountains above Provo was at 150 percent of normal. But lower elevations were just below average for this time of year. The snowpack at higher elevations was twice the normal amount.