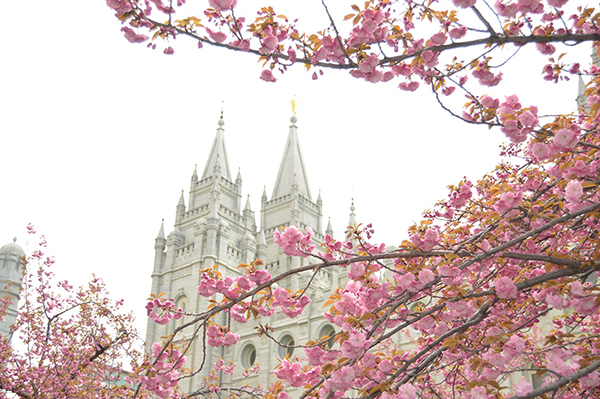 It’s been more than a decade since I graduated from Young Women into Relief Society. I remember fondly the pre-“Come Follow Me” lessons that referenced dance halls and that mostly quoted apostles and prophets from the 1970s. I also remember the foundational doctrinal teachings I learned during that formative time in my life about the plan of salvation, the necessity of priesthood ordinances, the role of the Savior and the power of prayer.

But I wish a few more lessons would have been added to the mix. Here they are, in no particular order:

1. The significance of the restoration of the priesthood.

As a young woman, I got the impression that the priesthood was mostly a subject for the young men, who are ordained to priesthood office. In the decade since I graduated, I’ve learned through personal study about the ordinances, keys, authority, and necessity of the priesthood and — more specifically — how they apply to me. Every member of the Church today — including young women — should understand the significance of the restoration of priesthood keys in this dispensation. I didn’t until I was much older.

2. How to embrace the ambiguity of a woman’s roles.

I somehow got the idea early on that there was some sort of Mormon woman “mold” I had to fit into. Not true, of course. I’ve learned that there is room for all types of women in the Church — single, married, employed, homemakers, mothers, business owners, fitness instructors, students and all. As Virginia Pearce, former counselor in the Young Women general presidency, recently said, “The best thing we can do for the next generation is to say: Rejoice in the ambiguity. It is your opportunity to make life be what God wants it to be.” Which brings me to my next point:

“The best thing we can do for the next generation is to say: Rejoice in the ambiguity. It is your opportunity to make life be what God wants it to be.” — Virginia Pearce, former counselor in the Young Women general presidency

Motherhood is an important part of my life, but it’s not the only part of it. And many of the girls I sat next to in Young Women haven’t become mothers at all. Yet we were taught very little about the wide array of college majors and careers available to us. It would have been great if Young Women had better prepared me for these important decisions, perhaps during mutual activities or through guided personal progress goals.

Modesty is an outward sign of self-respect and obedience to God. It also helps others keep their minds pure. However, I worry that the way we talk about modesty may be counterproductive when we teach that young women should be modest primarily for the young men in their lives. When we dress modestly for ourselves — not just for others — our commitment deepens and becomes part of who we are.

On a more practical level, I wish I’d learned more in young women about how to conduct a meeting, how to ask good questions in a teaching setting, how to organize events, how to lead. I’ve had to learn as an adult how to do the things deceased LDS apostle Boyd K. Packer taught we should: “We need women who are organized and women who can organize. We need women with executive ability who can plan and direct and administer; women who can teach, women who can speak out.” I had some opportunities to do this, but I wish I had had more.

A dear friend of mine, whose 1-year-old daughter passed away in a drowning accident, mentioned this to me. The fact is, sometimes bad things happen even to the obedient. Many heartaches can be avoided through obedience, but not all. Understanding this can allow us to keep our faith strong even in difficult times.

7. The temple endowment is just as important as the sealing.

Temple marriage is rightly taught as the ideal end goal for young women. But I didn’t learn much about the important ordinance of the endowment, and I wish I had. I treasure my temple sealing and its powerful effects on my family. I also draw significant strength and power from the initiatory and endowment ordinances I received prior to my sealing. I wish I’d learned more about that great blessing before I entered adulthood.

8. How to work hand-in-hand with the priesthood.

Somewhere along the line, I got the idea in young women that motherhood was the female role equivalent of the priesthood. When I became a parent, I learned that, in fact, motherhood and fatherhood are two sides of the same coin. As a woman, my partnership with the priesthood is something different — more related to discipleship and service to my neighbors and my family. Women serve as auxiliary leaders, teachers, speakers, mentors, companions and missionaries. I wish I’d prepared more for the many roles we women fill.

When I became a parent, I learned that, in fact, motherhood and fatherhood are two sides of the same coin. As a woman, my partnership with the priesthood is something different — more related to discipleship and service to my neighbors and my family.

9. The atonement is for more than sins.

10. How to become the woman your future husband will want to marry.

I distinctly remember a young women activity where were filled a “temple time capsule” with clippings from bridal magazines. We made lists of characteristics we wanted our future husbands to have, and we were told in serious tones how important it was to choose a good husband. This was all great, but I wish someone had impressed on me the equal importance of being the kind of person my future husband would want to marry. I needed to be that person I wrote down on a sheet of paper. In my early adulthood, I read my scriptures more seriously, deepened my worship, and increased my spirituality. But I wish I’d taken those things more seriously earlier in life.

What lessons did you appreciate from your Young Women’s upbringing? And, what missed lessons do you wish would have been taught in Young Women? Share in the comments.

Everybody has a story: Bloom where you’re planted Next post