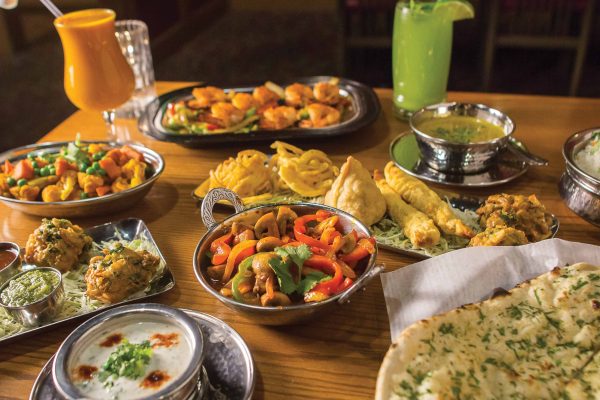 Shanthakumar grew up in Southern India before moving to the United States to attend BYU-Hawaii. He learned to cook Indian food from watching and helping his mother in India, and then by working in his college cafeteria. He learned how to “taste the food,” and says as a result he can now “recreate something by just tasting it.” In college, he studied to become a restaurant owner and he has worked hard to make that dream a reality from first attending classes until now.

He started making the dream a reality in 1992 when he first opened Bombay House in Provo. He’s just as happy with the restaurant now as he was 25 years ago when he was just getting started.

“Indian food takes a long time,” Shanthakumar says. “The prepping time is long and if you don’t saute your spices really well, you’ll ruin the food.”

The three cooks at Bombay House in Provo marinate some of the menu items for 24 hours, Shanthakumar says. This means if they run out during the night and someone orders that dish, it’s off the menu. He says other restaurants will whip up the recipe, but he won’t risk the authenticity of the dish.

“We will take 24 hours and come back tomorrow to do it. It’s important,” he says.

And Bombay House’s mango lassi that has become an obsession for local Indian food lovers? Their yogurt is homemade in the restaurant.

After 25 years in business, the patience and time has paid off for Bombay House and the diners who regularly include it on their Friday night menu.

See all the 2017 Best of Utah Valley winners here.