Home Featured Picking up the pieces: How to prevent disaster in your home

Picking up the pieces: How to prevent disaster in your home 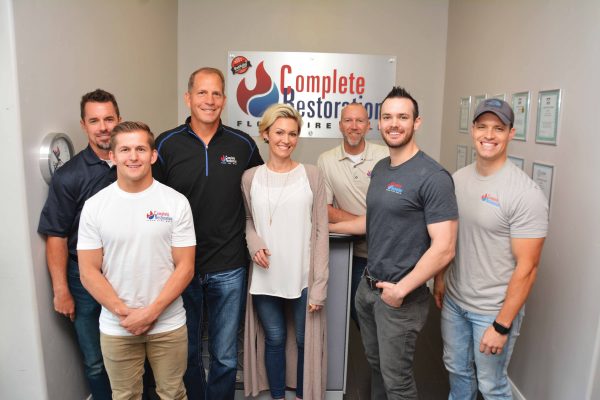 Jerry Pennock started Complete Restoration in 1997. Now 20 years later, the team of 32 employees in the Utah County location continues to save homes from disasters. (Photo by Rebecca Lane/UV Mag)

Jerry Pennock and his team at Complete Restoration have seen it all: mold caving in a roof, little kids lighting Christmas trees on fire and losing a snake in the wall (which they recovered using a thermal imaging camera).

When disaster strikes (about 75 percent of household claims are for water destruction and most of the remaining 25 percent comes from water damage), Complete Restoration steps in to pick up the pieces. But before disaster strikes, Jerry says there are certain steps you can take in preventing disasters in your home. And it all comes down to common sense.

“We’ve gone to people’s houses that have had multiple claims,” Jerry says. “Sometimes it is just bad luck on their part, and other times it is common sense.”

“We’ve gone to people’s houses that have had multiple claims. Sometimes it is just bad luck on their part, and other times it is common sense.” — Jerry Pennock, owner of Complete Restoration

To be more prepared for unexpected disasters in the home, Jerry says people should do the little things: turn off electronics, point spouts away from the house and turn off the sink when they leave a room.

Also, homeowners should meet with an insurance agent on a regular basis.

“The best advice I would give somebody is to meet with their agent at least every two years and discuss the best plans and policies,” Jerry says. “Things change. Insurance agents know what’s best for you at the time.”

See all the 2017 Best of Utah Valley winners here.