Everybody has a story: Silicon Valley restaurateur turned quad mama 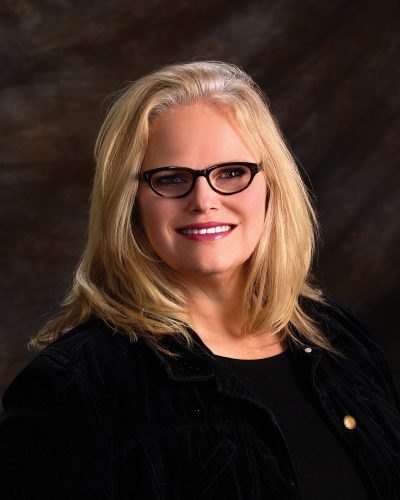 Pamela Neeleman Clark lives in Heber because of its proximity to Primary Children’s Hospital for her son Bindy — as well as UVU, where she is a senior studying hospitality management.

As told to Kate Nash

I was born in São Paulo, Brazil, where my father was working as a journalist. Later, my family came to Utah where I graduated from Alta High School.

I moved to the Bay Area to work for my brother, David Neeleman. He had started Morris Air and I worked there for several years, until I decided to make a career switch (David sold Morris Air to Southwest). I attended a culinary arts program and decided to open a restaurant and catering business.

It was called “Everything Fresh,” and we were located half a mile from Google headquarters in Mountain View. The majority of my clients were high-tech companies, and our food was similar to what you can get at Kneaders today.

The business did great until the dot.com bust turned everything upside down. The experience taught me resilience and that you always have to keep moving. I closed up shop and moved on to my next venture.

Before I left California, I met my husband, Stephan, at an LDS mid-singles ward and we got married when I was 40. After 17 years working in the Bay Area, my new husband I moved to Utah so I could take a job at Zion Ponderosa Resort.

My grandfather owned the land where the resort was developed, and it has been a part of our family for many years. Shortly after we arrived, I earned my real estate license and started working in luxury home sales and building.

Because I had gotten married later in life we had fertility struggles. We did in vitro fertilization and ended up with quadruplets: Stephan, Abigail, Carter and Dillon. When I was 4 months pregnant, we moved to Salt Lake to be near my doctor, and I went into the hospital on bedrest at 5 months.

My son Stephan, whom we have called Bindy since he was tiny, had complications at birth and still has many health issues we deal with today. He is fed through a gastronomy tube, he requires oxygen to sleep and he has had 27 revisions on his ventricular brain shunt. We have always seen his differences in a positive light, and Bindy’s siblings help care for him. They know how to give him his medications, how to turn on his oxygen — everything. They never get tired of pushing him in his wheelchair and are always calling who gets to push him.

It’s been such a blessing to have Bindy in our family because it gives us built-in service opportunities constantly. It’s just what we do. If Bindy wasn’t my son, I probably wouldn’t have the opportunity to serve in this way, and I wouldn’t have all the blessings that come with it. I believe how we serve others determines how we leave this world and where we go next.

I am currently the general manager of the Midway Wyndham Resort where I manage the property and employees. I’ve learned the key to success everywhere you go is customer service.

I’ve always had a dream to open a high-end gift basket business that my husband and kids could be a part of. In fact, right now my husband has taken a job driving trucks to raise money for us to start this business. It’s a temporary sacrifice to have him away, but we are focused on our goal. I’ve always been someone who loves giving the perfect gift — and I still handwrite thank-you notes all the time — so this business will suit me well.

While my life is crazy with quadruplets and work, I rely on well-placed systems and organization to get us through. I have so many to-dos going on I can’t leave anything to the last minute. And to be honest, I wake up early and go to bed late! I probably have a little ADD, too. I am lucky to be passionate about the things I get to do. That drives me.