Home Life 11 Utah Valley partnerships put the ‘do’ in ‘duo’

11 Utah Valley partnerships put the ‘do’ in ‘duo’

By Greg Bennett and Lindsey Williams

The world wouldn’t be as safe if Batman didn’t have Robin. Mork needed his Mindy. Romeo wasn’t a solo act. Meet 11 local partnerships that also put the “do” in “duo” and prove the power in pairs — from a golfer and his caddy to a barrel racer and her horse. 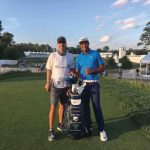 Tony Finau of Lehi (right) lives over 800 miles away from his caddy, Greg Bodine, who is based in Seattle. During the season, the two spend four to eight hours a day together. Read more here. 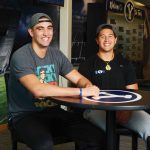 Corbin Kaufusi and Va’a Niumatalolo both don Cougar blue at LaVell Edwards Stadium and they both have football coaches for dads. The two athletes frequent In-N-Out Burger and McDonald’s and are known throughout the BYU football team for their bromance. Read more here. 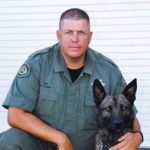 Not every police officer has the luxury of a partner backing him up on every call. But Deputy Shawn Carter of the Utah County Sheriff’s Office knows that he can wreak Havoc on someone trying to hurt him. Read more here. 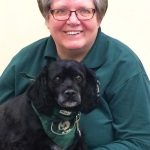 Therapist with a Collar: Joanna Posey and Smokey

Joanna Posey has been involved with Therapy Animals of Utah since before she even had an animal qualified to serve with her. Read more here. 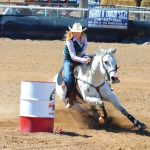 As a barrel racer on UVU’s rodeo team, Kylie competes with her 12-year-old gray mare, Wicked, and finds the same traits that make Wicked a competitor can also make her difficult. Read more here. 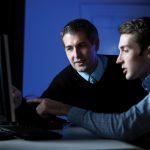 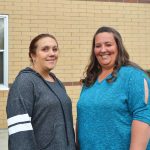 Julie Ellison welcomes her students each morning as they get off the bus. At her side is Mindy Davis, a technician in Julie’s classroom full of special-needs students at the Oakridge School in Springville. Read more here. 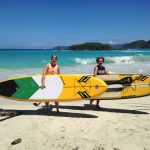 Have Paddleboards, Will Travel: Cali Dansie and Molly Garfield

Cali and Molly first met during internships at Timberline Middle School as they carpooled from Provo to Alpine. Now the two teach at the school and do a roommate carpool from their home in American Fork. Read more here. 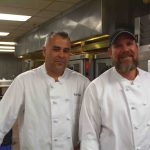 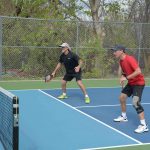 Tyler Sheffield plays pickleball with Larry Moon in his Highland backyard and at the community park right behind his house. Read more here. 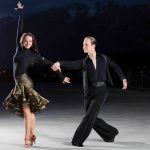 As national and international ballroom dancers, Casey and Kayci know how to keep their toes in line and match choreography. But they break the routine in one major way — they share a last name, Treu. Read more here.