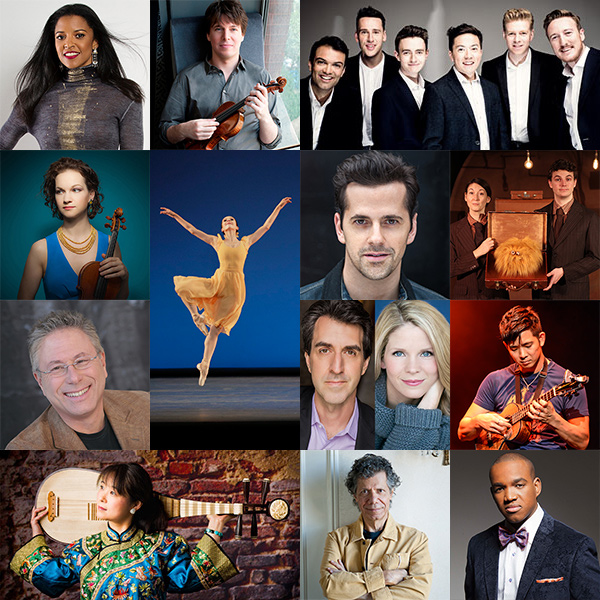 “The 2017–18 season marks my tenth as curator and producer of this world-class performing arts series,” said Jeffrey Martin, BRAVO! series producer, in a press release. “Curating, assembling, and presenting a world-class series such as this takes many months — and sometimes even years — and I can’t wait to share these performances and experiences with our patrons.”

The Bravo! series invites professional actors, singers and dancers to perform at the university. As part of the 2017–18 season, there are 22 performances schedules, including Disney composer Alan Menken and Tony Award-winning “Hamilton” star Renée Elise Goldsberry. Also notable, The King’s Singers return to BYU as part of its 50th anniversary tour.

For its fifth season, OFF THE MAP — BYU’s theatre festival — will premiere in January. One of the three performances includes a U.S. premiere.

See all of the scheduled performances below.

Date: Friday–Saturday, Sept. 8–9, 7:30 p.m.
Location: de Jong Concert Hall
Best known for: This Broadway star won a Tony Award in 2016 for Best Featured Actress in a Musical for her role as Angelica Schuyler in the 11-time Tony Award-winning musical, “Hamilton.”
Sample of work: “Satisfied” from “Hamilton”

Kurt Elling Featuring The Swingles: The Spirit of the Season

An Evening with Jason Robert Brown and Kelli O’Hara

OFF THE MAP — Ailie Cohen Puppet Maker: The Secret Life of Suitcases

OFF THE MAP — Out of Chaos: Macbeth

A Whole New World of Alan Menken: An Evening of Stories and Songs

Actors From The London Stage: The Taming of the Shrew

Tickets for the 2017–18 season are available starting May 15 for renewals and May 22 for new orders in person at the BYU Ticket Office in the Harris Fine Arts Center or Marriott Center, by phone at (801) 422- 2981 or online at byuarts.com.

Learn more about these concerts and shows at news.byu.edu.