How to deal with Utah Valley’s returning residents — bats 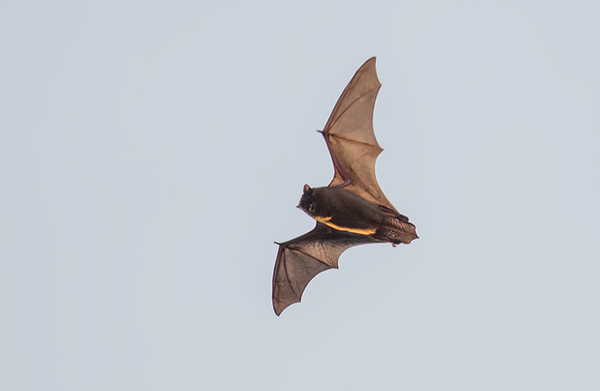 Provo police say they’ve gotten a number of calls this spring from people about bats, but seeing the flying mammals this time of year isn’t unusual. (Stock Photo)

Bats eat mosquitoes and other insects. Fruit-eating bats are seed-spreaders that are vital to regenerating cut-down forests. And like bees, they’re pollinators. So bats are good for humans, but having one fly into your house or come home in your dog’s mouth is a pretty scary event for most people, and possibly dangerous.

Provo police say they’ve gotten a number of calls this spring from people about bats, but seeing the flying mammals this time of year isn’t unusual. They say bat encounters increase every spring and late fall.

It’s also not normal for a bat to be on its own, she said.

And if your pet gets into a fight with a bat, or brings one to you? Don’t touch it with bare hands, Tolman-Hill said. If you feel comfortable, put on gloves and use a shovel to put the bat into a safe container. And contact the health department. “We’re interested in testing that bat; we’d like to know whether it’s rabid, particularly if it came in contact with an animal or person. It helps us to know how to move forward.”

Not all bats are rabid, but the main risk with touching a bat is rabies, she said. Once a person or animal shows symptoms of the disease, it’s fatal. “Rabies is not something we want to mess around with.”

“We are in a migration path of bats. While we might see them each year, it’s not normal to see them up close and personal.” — Aislynn Tolman-Hill, spokeswoman for the Utah County Health Department

According to the CDC, there are only one or two human rabies cases every year, but most of those are caused by bats. Between 1997 and 2006, 17 of the 19 human rabies cases in the U.S. were bat-caused. Of those cases, four woke up when a bat landed on them inside their homes, and one woke when a bat bit him. Six of them touched bats while removing them from their homes, one was bitten while releasing a bat from inside a building, and one tried to care for a sick bat found on the ground outside. One person was bitten by a bat while exiting a home. Three others didn’t report bat encounters but died of bat-associated rabies.

If you come into contact with a bat, the CDC says:

The agency also recommends bat-proofing homes by caulking openings larger than a quarter-inch by a half-inch, making sure outside doors close tightly, and using window screens, draft guards on attic doors and chimney caps.

It’s important for kids to understand they should never play with bats, and to notify an adult if they have contact with a bat, Tolman-Hill said. It’s also important for pets to be up-to-date on their rabies vaccination.

“I think it’s important to know since we are in a migration path that it’s not unusual that you might see them,” she said. “But you know it’s unusual if you see them up close and personal, or one by itself on its own. If it doesn’t seem normal, stay away. Don’t pick it up, and alert animal control.”