5 conversation killers in the workplace 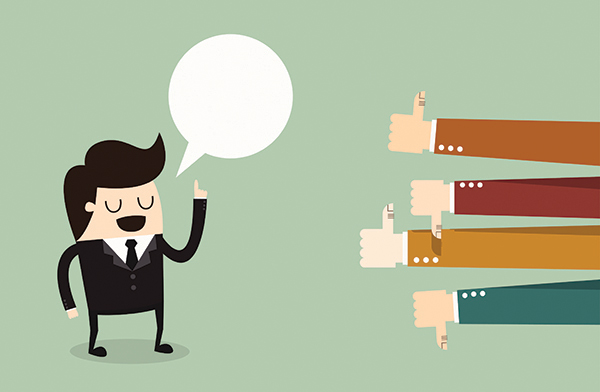 Anyone can spot a loaded comment, but those “don’ts of discussion” can damage relationships and hinder productivity. Here are five common communication errors in the workplace — and how to fix them.

Conversation Killer: Sometimes we hold our tongues. The danger is “we promote what we permit,” says Emily Hoffman, vice president of development and delivery at Provo-based VitalSmarts. Don’t let things you don’t agree with pass you by.

Conversation Lifeline: Speak up! We stay silent because we internally list all the reasons not to voice our opinions. Instead, “Ask yourself what are three things that will happen if I don’t speak up,” Hoffman says. If you see “the cost of silence,” it will spark a reason to share concerns.

2. On default to email

Conversation Killer: It’s tempting to hide behind your inbox. Communicating electronically can be an efficient option, but like Halloween costumes and discussing politics, there is a specific time and place for each. Emailing is most effective for following up with someone or arranging meetings.

Conversation Lifeline: Pick up the phone. Walk down the hall. Whenever possible, make more complicated conversations face-to-face. “Picking up the phone may seem slower,” Hoffman says, “but the value of the relationship will pay off later.”

Your posture and facial expressions say a lot. Slumped shoulders and crossed arms send a different message than leaning into the conversation and nodding at the right times. Be aware of what your body communicates and send the right message.

3. On juicing the gossip

Conversation Killer: “Avoid having conversations with the wrong person in the wrong place at the wrong time,” Hoffman says. Having a sensitive conversation at the watercooler is not the best move. That’s gossip, people. And if we’ve learned anything from sitcoms (and who hasn’t?), it’s that gossip gets nothing done and only creates draaaaama!

Conversation Lifeline: Go to the source. “Have the conversation with the right person in the right place at the right time,” Hoffman says. To find the sweet spot, ask yourself, “What can I do right now to move toward what I really want?” Hoffman says. That may be to peek your head over the cubicle or take a trip up the elevator. Find the right conversation and move forward instead of holding grudges or standing still.

Conversation Killer: So you’ve got this great idea. And at the first chance, you pitch it hard core, and they say a big, fat no thanks. And then you say a big, fat whatever (accompanied by a big, fat eye roll).

Conversation Lifeline: Don’t blame management. Instead ask yourself, “Did I present my idea as effectively as I could have?” Hoffman says. Make sure to thoroughly prepare and think through your idea before presenting it. Anticipate five essential questions your manager or boss will ask about your proposal. (Hint: Good ones start with why, what and how.) Then, work the answers into your pitch. Also think about other perspectives. How will your audience hear what you have to say?

5. On closing the loop

Conversation Killer: A common communication error is forgetting to follow-up or report back. Your boss asks you to email someone. You send it quickly and then continue with your day. But you’ve missed an important step: Letting your boss know you completed the task.

Conversation Lifeline: Close the loop. Circle back around and let your boss know you emailed that customer or took their feedback. (This is where emailing is a great option because it’s a quick check-in.) Then your boss isn’t left wondering if you got the job done.

Utah-Tube: GENTRI honors mothers with one mother's advice — 'Let It Be' Previous post