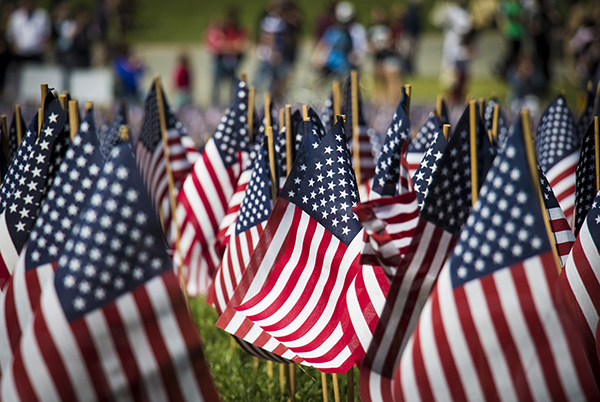 Running on Memorial Day is one way to honor veterans this year. In its 7th year, Run of Remembrance creates family-friendly races for community members to come out, run and remember those who served their country.

Run of Remembrance is composed of three different runs: a mile, a 5K and a 10K. Tricia Wilkins, race director for Runstastic Events, said having three races helps give everyone a chance to run, making it a family-friendly event.

Dave added the 5K option in 2001, and in 2011 he added the 10K and made it free for the public. Wilkins said the race was then named Run of Remembrance to honor all those who serve our country. She also said although the race is free, there is something else a runner can do with their money: donate.

“While the race is free, 100 percent of donations go to the Central Utah Veterans Home,” Wilkins said.

The 5K and 10K races will take place at 8 a.m., with the mile run following at 9:30 a.m. Even though the race is free, each participant must register in order to run in the race. While registering, anyone who wishes may donate to Central Utah Veterans Home.

For other events in Utah Valley, check out what these cities are doing for Memorial Day.

Alpine City will be celebrating its veterans bright and early at their annual Memorial Day ceremony. The ceremony will take place at the Alpine City Cemetery, 400 Grove Drive, at 7:30 a.m.

Veterans are invited to wear their uniforms or an item that will make them distinguishable as a veteran for the city to recognize them.

American Fork will be busy honoring their history on Memorial Day. American Fork’s Fire & Rescue will host their annual Memorial Day breakfast, where even Smokey Bear will make an appearance. The breakfast will be held at the fire station, 96 N Center, from 6-9 a.m. Cost is $6 for adults and $3 for kids; veterans eat free.

Breakfast will be followed by a program where the theme is “Honoring our History.” Those who attend can listen to speakers, the American Fork High School Marching Band and the Timpanogos Chorale at a Memorial Day program held at the American Fork Junior High from 11 a.m.–12 p.m. 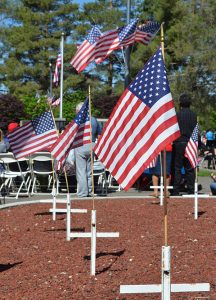 There is a monument honoring Lindon’s veterans at the Lindon City Cemetery. A plaque full of names sits proudly upon it, waiting for new names to be added. Each year, the Lindon City Police Department, with support from the mayor and city council, works to find more names to add to the monument at its Memorial Day ceremony. This year is no different. The ceremony will take place at the cemetery, 200 North 600 East, at 9 a.m.

The ceremony will include a 21-gun salut, words from an honored veteran and the mayor will make a few remarks as well.

A flag raising ceremony will take place in Mapleton for Memorial Day. It will at the Mapleton City Park, on the corner of Main St. and Maple St., and starts at 9 a.m. This event is for families and community members to come and honor the freedoms they have been given. A pancake breakfast in the pavilion will follow the ceremony. Those attending are encouraged to bring lawn chairs.

Orem City will host its annual Memorial Day program from 9-10 a.m. at the Orem Cemetery, 1520 N 800 E. There will be special numbers, speeches and a flag ceremony to honor its veterans.

This year’s guest speaker will be Ret. Captain Andrew L Howard of the United States Navy. He was raised in Provo, graduated with a degree in English Literature from Westminster College and was commissioned an Ensign in the United States Navy in 1986. He has served his country and his community, making him a perfect speaker for this year’s program.

The service will includes a program featuring keynote speaker Steve Shallenberger, 21-gun salut by the Metro SWAT and Provo Police Honor Guard and “Taps” bugle call by the Timpview High Band. The city will also unveil a new veterans monument that was donated by an eagle scout and funded through donations.

The event is free and open to the public. Active duty and veterans are welcome to wear uniforms. If weather permits, the service will move to the Covey Center for the Arts, 425 W. Center Street.

The American Legion Post #84 is honoring veterans with a Memorial Day program held at the Santaquin City Cemetery in the Veterans Memorial area at 11 a.m. Those that wish to attend are encouraged to bring chairs.

The ladies of the Legion Auxillary will be selling poppies, desserts and raffle tickets to raise money for local legion unit and local veterans.

Spanish Fork has been home to over 1,500 veterans, who are honored at Spanish Fork’s annual Memorial Day Patriotic Ceremony. The ceremony will take place at the cemetery, 420 S. 400 E., at 10:30 a.m. As people enter the cemetery, they will see flags, crosses and poppies in all directions representing those veterans from Spanish Fork.

Summer for everyone: A guide to Utah Valley summer events Previous post