Google Trends reveals most misspelled word in each state 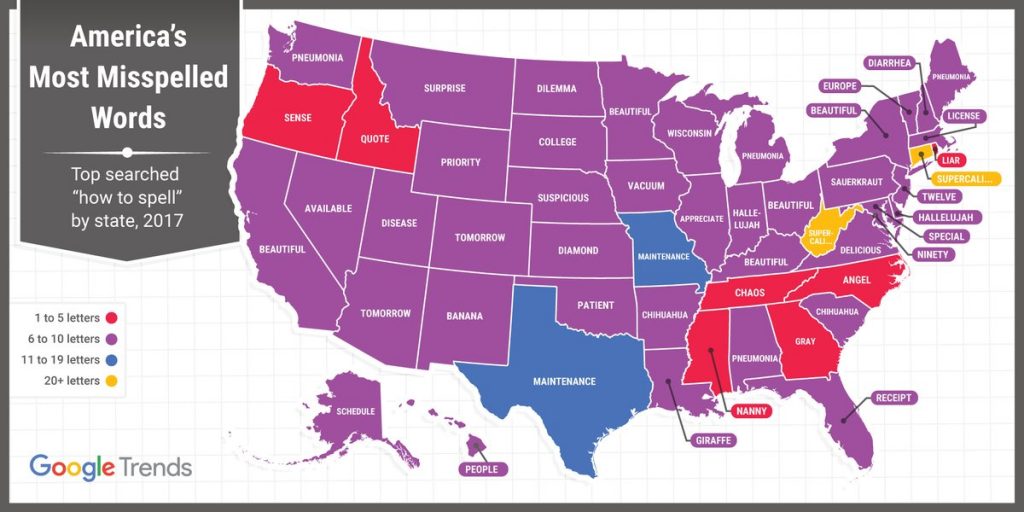 On the eve of the Scripps National Spelling Bee, Google Trends revealed the most misspelled words in each state according to “how to spell” Google searches.