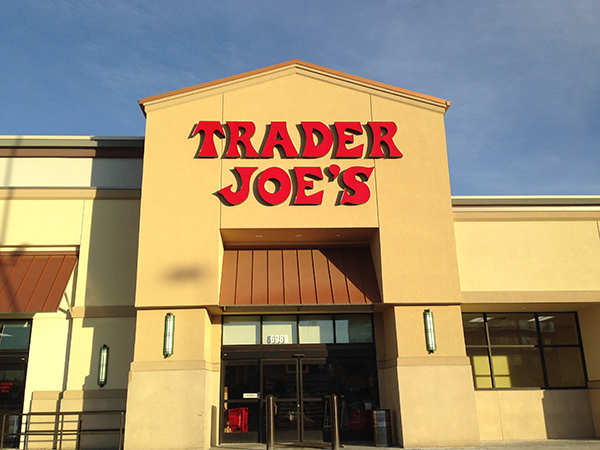 Orem city announced Wednesday night that Trader Joe’s will occupy a spot in the new building being constructed east of the building that houses Tropical Smoothie Cafe and Mrs. Cavanaugh’s. (Photo by UV360)

It’s official: Trader Joe’s will open at University Place in Orem in early 2018.

The city announced the news late Wednesday. And the reason the grocer — known for low prices and harder-to-find items — is coming to Orem? Social media, online requests and the competition between Orem and Provo over who could land the store.

“April 2014 was the first time we posted to our public through social media, to encourage our residents to request a Trader Joe’s, then again a year and a half later,” said city spokesman Steven Downs. “Thousands of people filled that out, and all of that really caught Trader Joe’s attention. It sounds crazy but the truth is the community putting a voice to Trader Joe’s is what got them to seriously consider the area.”

When Orem put out a call to residents, so did Provo. That city held a contest for residents to create videos explaining why Provo would be the perfect spot for the retailer. It collected emails, letters and more to deliver to Trader Joe’s. There’s even a Trader Joe’s for Provo Facebook group.

Downs said Trader Joe’s had Utah Valley on its radar for a store sometime down the road, but all the publicity made store officials reconsider the timing. Plus, Orem had the perfect place — the redeveloping University Place, owned by the Woodbury Corporation. 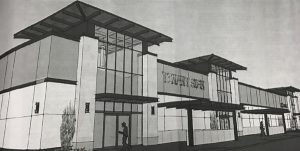 On May 25, Orem city posted this building plan on its Facebook page saying “someone is coming to University Place.” This building — which will be northwest of Macy’s — will house Trader Joe’s in 2018. (Image courtesy of Orem city)

Without the redevelopment of the old University Mall, Trader Joe’s likely wouldn’t be opening in Orem, he said. “They want to be where all this is happening. The community support for the incentive for the reinvestment in the mall makes projects like this happen.”

The store will be in a new standalone building, just east of the building that houses Tropical Smoothie Cafe and Mrs. Cavanaugh’s. There will be one other tenant in the building.

“The big question we all ask now is what’s next?” Downs said. Orem’s hoping for Cheesecake Factory, a Lego store, Sephora and an Apple Store.

“Those are the four that we’d love to land in our community, of course with many others,” he said.

Titles coming and going on Netflix in June Next post