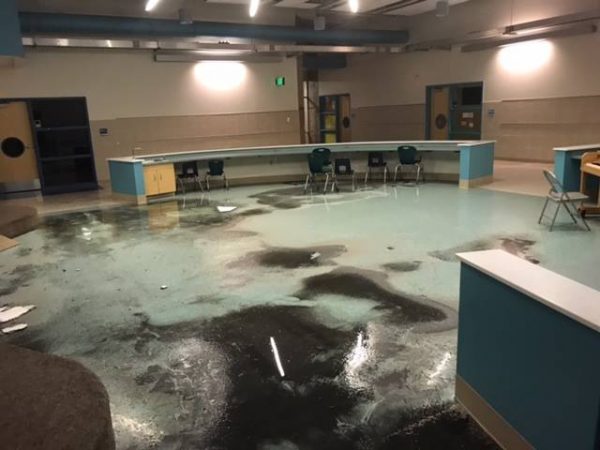 Early Sunday morning the Lone Peak Fire responded to a fire on the roof of Ridgeline Elementary School, the Deseret News reported. Damages to the roof are estimated to cost up to $300,000. The Alpine School District shared on Facebook that fireworks may have caused the fire. Ridgeline students left for summer vacation last week, but the school is still used for summer programs.

The Deseret News posted a timeline of the Elizabeth Smart kidnapping story that began 15 years ago. On June 5, 2002, Elizabeth Smart was taken from her home in Federal Heights. She was found nine months later on March 12, 2003. Lifetime is producing a film called “I am Elizabeth Smart” about Smart’s abduction. Smart has since published a memoir of her experience and has become an advocate for sexual assault prevention.

The Deseret News reported Saturday evening on Tatenda Tsumba and the BYU track and field team’s upcoming competitions in the NCAA Track and Field Outdoor Championships. Tsumba will compete in the 100 and 200 meters and his coach is confident he will perform well. Tsumba ran in the Olympics in Rio de Janeiro last year for Zimbabwe. Tsumba also spent some time in Jamacia training with its Olympic athletes. The BYU track and field team will be competing in Eugene, Oregon at the NCAA Track and Field Outdoor Championships June 7–10.

On June 1, Orrin Hatch met with officials at the Neuropsychiatric Institute in Salt Lake City to talk about suicide prevention in Utah reported by the Deseret News. Hatch is promoting a new bill that will create a 3-digit suicide hotline, similar to 911. At this meeting, Utahns shared personal experiences using the suicide hotline for the Neuropsychiatric Institute with Hatch.

Sunday the Salt Lake Tribune highlighted Vanessa Ayala from Timpanogos High School for succeeding in difficult circumstances. Because her parents worked, Ayala often would take her younger siblings to school functions and sometimes class. Ayala graduated this May from Timpanogos High School. Ayala interned with Timpanogos Regional Hospital and plans to become a surgeon. Ayala will soon be the first in her family to go to college and will attend Utah Valley University this fall.

UV To Do: Utah Valley calendar of events for June 2017 Previous post