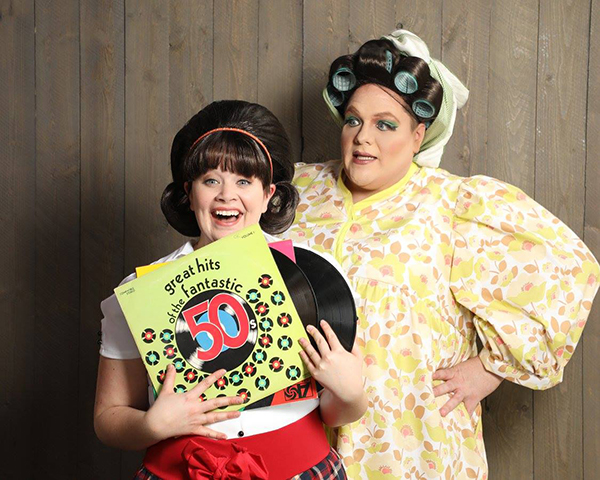 Andrew Hunsaker is getting dressed up this summer to go to the SCERA Shell Outdoor Theatre. He puts on his dress, his panty hose and his high heel shoes and he takes to the stage.

“I definitely have better respect for women after playing this role,” Hunsaker said. “I told my wife I never, ever expect her to wear high heels because they are just torture devices.”

Hunsaker is playing the role of Edna Turnblad for the SCERA Shell Outdoor Theatre’s opening musical, “Hairspray,” which is traditionally played by a man because of the large size of the female character as well as the strength needed to dance in the costume.

“For some reason when girls dress up as boys, it’s not as funny,” Hunsaker says. “Men force themselves to play women to be funny.”

“Hairspray” is centered on Edna Turnblad’s daughter Tracy, a plus-size teen who dreams of dancing on “The Corny Collins Show.” Against her mother’s wishes, Tracy auditions for the show and makes the cut. Tracy quickly captures America’s hearts, but she gets caught in a crossroads as other situations cause her to tackle racism, activism and social movements.

“I told my wife I never, ever expect her to wear high heels because they are just torture devices.” —Andrew Hunsaker, Edna Turnblad in “Hairspray”

Edna Turnblad’s storyline is one of many in a musical that explores discrimination, primarily with body image and race. As the mother of the heroine, she concerns herself with her daughter’s well-being while trying to sort through her own insecurities.

“I think Edna is every parent. And I think that’s why it works with a man,” Hunsaker said.

This isn’t the first time Hunsaker has played a woman on the stage, nor is it the first time he played Edna Turnblad. Four years ago, the 6-foot-3 man graced the Salt Lake stage in all of his “big, blonde, and beautiful” presence as Edna Turnblad. And his wife — who is directing the show at the SCERA — has wanted him to return to that role ever since.

“I think he’s wonderful, but I admit to some bias because he is my husband,” said Jan Shelton Hunsaker in a press release. “I have loved his acting ever since we first performed together at SCERA many years ago.” 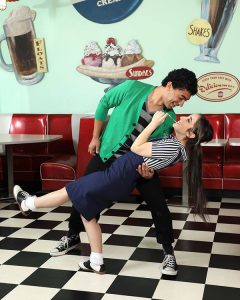 Alongside Andrew Hunsaker, Chelsea Lindsay takes the lead as the lovable and energetic Tracy Turnblad. Lindsay’s most recent appearance with the SCERA was as Sister Mary Amnesia in the 2016 performance of “Nunsense.”

The show includes the toe-tapping, get-up-and-dance music such as “Good Morning Baltimore,” “The Nicest Kids in Town,” “I Can Hear the Bells,” and more.

“You can’t stop the beat” at the SCERA Shell Outdoor Theatre beginning on Friday, June 9 at 8 p.m. The show runs every night of the week except on Sunday and Wednesday nights through June 24.

The show on June 20 will be interpreted in American Sign Language. Learn more at the scera.org.