What LDS Girls Camp is like around the world 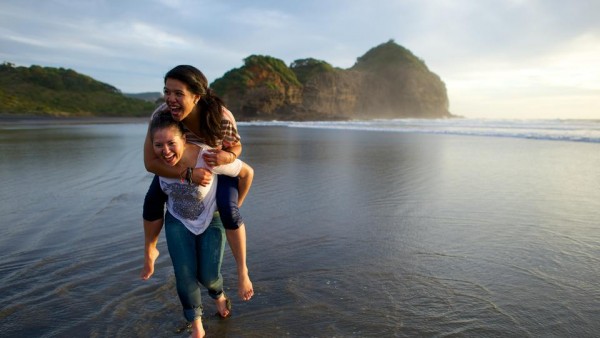 When Young Women Camp began, a small group of young women from Salt Lake City went into the mountains near their homes for a weeklong excursion. Since then, The Church of Jesus Christ of Latter-day Saints has grown to millions of members from all around the world. Today most church members are not within hiking distance of the Wasatch Front.

But Young Women Camp remains a church-wide tradition. It can be held at any time of the year, in any appropriate place and is meant to help young women feel the Spirit and learn more about the gospel of Jesus Christ. Here’s a taste of what Young Women Camp is like for girls around the world — and you might notice that different camps are more alike than different.

The first Young Women camp of the Gaborone Botswana Stake was held in 2014, more than a century after the first girls camp in the United States. It took place in September of that year and included 84 young women and their leaders, many of whom had never been camping before.

The young women and leaders learned and practiced new skills, like setting up tents. After watching them work together, stake Young Women president Thembile Majafe said, “Seeing them help each other, lift each other to reach high places, support each other, and lean on one another for strength was symbolic of the many lessons we would learn from them as leaders.”

At camp, the girls learned new songs, star gazed, held devotionals, hiked and listened to local leaders teach them. One Mia Maid, Latifah, said, “When I saw how peaceful nature was, I was overwhelmed with calmness and patience. It taught me that as a young woman, it’s my priority to be obedient and virtuous. Our theme may have been to come unto Christ, but nature really brought Christ to us.”

In 2014, young women from all over Alaska gathered for a statewide Young Women Camp. More than 900 young women participated in the camp, which took 20 different committees a year to coordinate. Because of the state’s size, many planning sessions took place over Skype.

During this camp, the girls participated in service projects, held devotionals and hiked to the temple eight miles from camp. Sister Neill F. Marriott, second counselor in the Young Women general presidency, visited the camp. After her experience in Alaska, she said, “Camp works. It works tiny; it works huge.”

In Johannesburg, South Africa, the theme for one girls camp in 2015 was “Finishers Wanted.” The girls prepared skits, performed “war cries” and made banners and mailboxes. They also participated in a “value hike” with a station for each Young Women value along the way.

The young women sang songs, shared their testimonies and learned more about the personal progress program.

In a March 1997 Ensign article titled, “Tudo Bem in Brazil,” a girls camp director from Recife described what girls camp was like at the time. Among the advantages she mentioned is the fact that girls camp was scheduled for the same time as “carnaval,” a celebration similar to Mardi Gras in the United States.

“During the camp, they’re not girls from different wards,” the director, Sister Linhares, told the Ensign. “They become part of one group.”