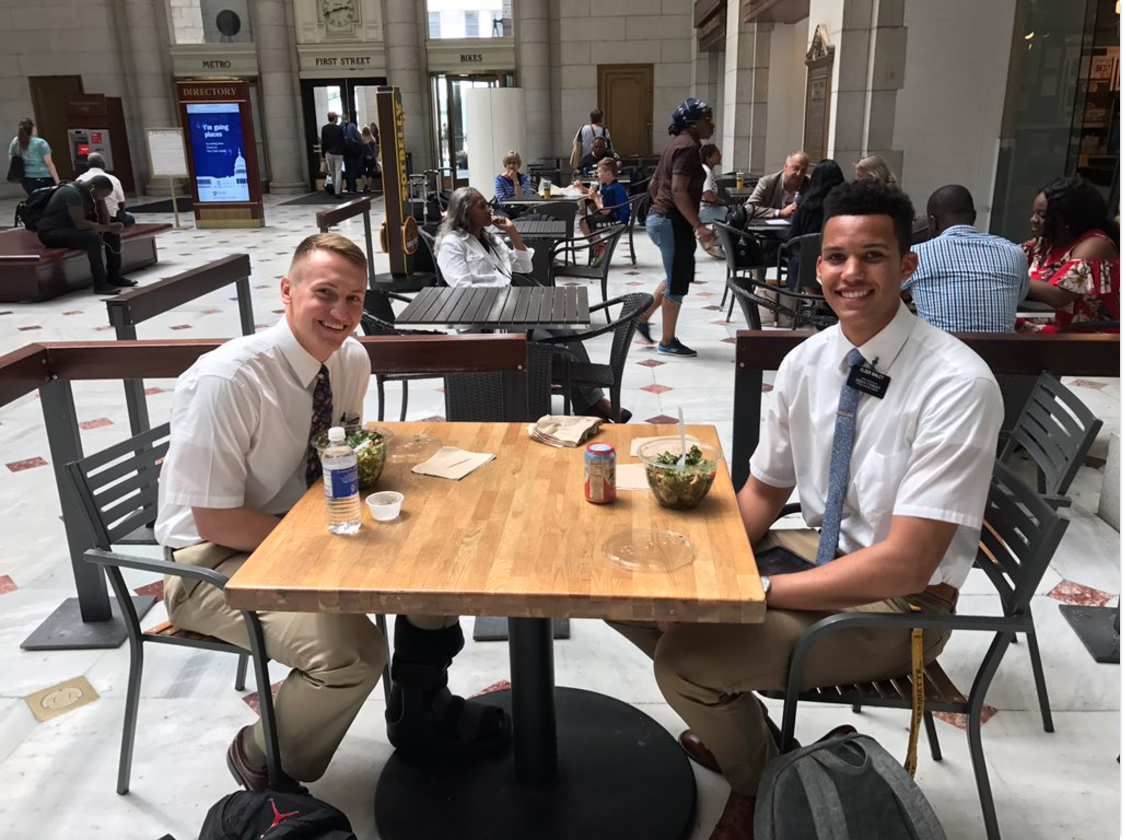 Two missionaries for The Church of Jesus Christ of Latter-day Saints were caught doing a good deed. While performing an act of kindness is commonplace for LDS missionaries, this time it was caught on camera.

American Fork High School graduate Brendan Bailey is seen in this short clip handing some money to a man at Union Station in Washington, D.C.

Missionaries live on a tight budget. Impressive to see them helping a guy out in Union Station. pic.twitter.com/XTsDV7tptP

Bailey, who is the son of former Utah Jazz star Thurl Bailey, was caught on video by Matt Whitlock, who is the communications director for Sen. Orrin Hatch. His companion Elder Torgerson, a missionary from Richfield, Utah was also part of the video, FOX-13 reported.

This isn’t the first time that Elder Bailey has been in the news since beginning his mission at the beginning of 2016. Shortly after arriving in the mission field in May 2016, Elder Bailey was invited to join his father and the 1983 National Champion North Carolina State University team at the White House to meet then-President Barack Obama.

Before leaving on his mission, Elder Bailey graduated from American Fork High School where he played basketball. In October 2015, the 6-foot-7-inch high school senior announced on Twitter that he had committed to Marquette University. This announcement came after he decommitted from Arizona State after the firing of ASU coach Herb Sendek. Elder Bailey was recruited by Connecticut, Gonzaga, Michigan and San Diego State, according to ESPN.

Coming and going: Movies and shows on Netflix in July 2017 Previous post

Utah-Tube: Man walks '500 miles' to propose to girlfriend at Thanksgiving Point Next post