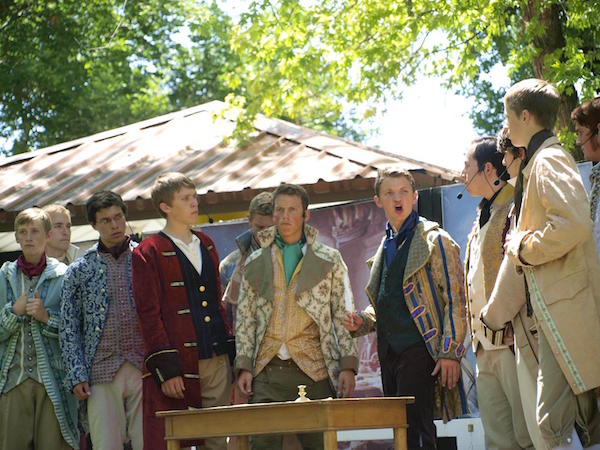 Perhaps the best way to celebrate the Fourth of July is to shake George Washington’s hand.

On July 1, 3 and 4, actors will roam the Scera Park dressed as historical freedom advocates as part of the Cries of Freedom event, giving a chance for attendees to “shake” the first president of the United State’s hand. This year’s lineup includes George Washington, Benjamin Franklin, John Adams, Thomas Jefferson and Joan of Arc.

“This is the way we believe Fourth of July ought to be celebrated,” said Scott Swain, event chairman of Cries of Freedom.

Here are a few activities offered for free as part of Cries of Freedom:

“Cries of Freedom, The Musical” 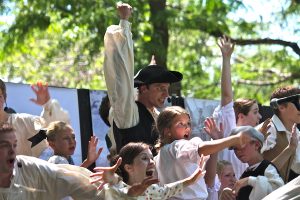 The cast for “Cries of Freedom, The Musical” is made up of local performers from area high schools and colleges. (Photo courtesy of Scott Swain)

The famous Patrick Henry quote, “Give me liberty or give me death,” encapsulates the theme of the musical, Swain says.

“Cries of Freedom, The Musical” features music from popular Broadway shows such as “Les Miserables” and “The Scarlet Pimpernel.” It will also feature some original music; one song was written by Sen. Orrin Hatch and songwriter Janice Kapp Perry.

The musical depicts people throughout history as they share what they were willing to die for to be free, says Swain.

Cries of Freedom celebrates it’s tenth season this year. To celebrate the 10-year anniversary, they will give away artwork from the Roots of Freedom organization before each performance.

Swain and Bonnie Busco put together “Cries of Freedom, The Musical” ten years ago and performed it for the first time in 2008. They have produced the show every year since as part of the city’s Fourth of July celebration. They have tweaked and adjusted the performance each year. 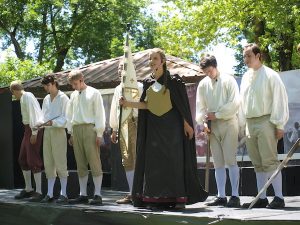 The historical personalities open each performance of “Cries of Freedom, The Musical.” Local actors will dress up as George Washington, Joan of Arc, John Adams, Thomas Jefferson and Benjamin Franklin and present their cries for freedom and “why they were willing to put their lives at risk to remain free,” says Swain.

The Heritage Fireside will be held at the SCERA Shell venue Sunday, July 2 at 8 p.m. The fireside will include music from The Swing Sisters, presentations from actors depicting the founding fathers and a presentation from Brent Ashworth, a collector of historical artifacts. 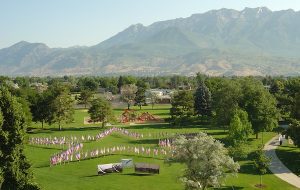 Cries of Freedom will also have a Walk of Honor open in the park. American flags line the park pathways. Each flag has a tag representing a solider who called Utah home and died in combat since 2001. The flags are available for purchase, and the proceeds go to the Wounded Warrior Project, a nonprofit organization that provides aid to veterans in the areas of housing, mental health, physical recovery and employment.

This is the third year for the Walk of Honor. Each year it is an eagle project put on by a local Boy Scouts troop.

For a full calendar of events, visit the Freedom Festival website.

This one’s for the girls: Stat! Susan Madsen feels urgency to share research on women Next post