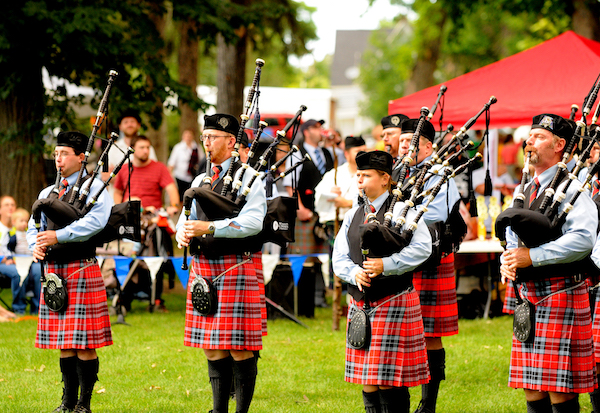 The Payson Scottish Festival runs from July 7-8 and will feature performances from bagpipe bands throughout the event. (Photo courtesy of Dodd Greer)

Payson is getting in touch with it’s Scottish side this weekend.

And of course, they have bagpipes. Lots of bagpipes.

This year the festival will be held at the Payson Memorial Park, 250 South Main St., on July 7 and 8. There is no admittance fee. Click here for an event map. 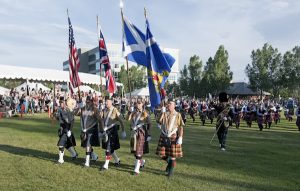 The opening ceremony for the Scottish Festival begins on Saturday, July 8. (Photo courtesy of Cody Hoagland)

“It’s a family atmosphere and another way to celebrate heritage,” DeWaal says. The food, entertainment and athletic competitions are among DeWaal’s favorite festival events.

The honoring of Scottish heritage evokes an emotional response from some. “It’s really touching,” said Shauna Phelps, secretary for the Payson Scottish Festival board.

Musical performances from Pennyland, the Heather Broch Dancers, storyteller Helen Bemis and the Celtic Country Dancers will also grace the stage at the Payson Scottish Festival.

The pipe and band competitions and Highland dance competitions will also occur throughout the festival, and attendees are welcome to come and watch the bands and dancers perform.

This year the Payson Scottish Festival will have over 30 merchant vendors and 12 food vendors, some of which serve authentic Scottish cuisine. The merchant vendor line up includes Lavendoola Lavender Farm, Let It Be Written and Damsel in this Dress.

Each year, hopeful vendors join the waiting list because of the festival’s popularity, Phelps said. 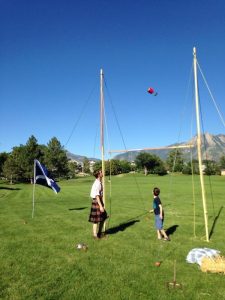 Children can compete in the “Highland Games: Featherweight Division” where traditional events are tailored for their smaller size. (Photo courtesy of Mark Sears)

Children 12 and younger are invited to compete in the children’s Highland Games. Children athletes can try their hand at the weight toss, sheaf toss, caber toss and sword duels.

The sword duels draw the biggest crowd and have a full line all day, said Mark Sears, member of the Payson Scottish Festival board over children’s activities.

“The swords we use are padded so the kids don’t have to hold back.” Sears said in an email. “This year, I’m most excited for the addition of real metal knight helmets to these duels. This will provide protection for my cranium, and afford an added measure of authenticity to the games!”

The event organizers have tried to create a good family activity for the community. Unlike some other festivals, there is no admittance fee for attendees, which makes it a great opportunity for families on a budget to enjoy an authentic experience. 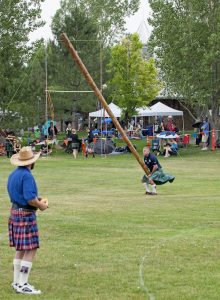 Locals and athletes from outside Utah compete in the Utah Caber Championship. (Photo courtesy of Cody Hoagland)

Athletes can flex their muscles in the in the strongman competitions Friday evening. Among the four challenges that make up the strongman competitions is the throwing of the “manhood stones,” which is a tradition Celtic and Nordic event. Payson has two similar stones that weigh 250-270 pounds, each with a strap for carrying. To compete in the manhood stone event, athletes must carry one stone in each hand and walk a certain distance.

The Highland game competitions take place all day Saturday. Men and women athletes can compete in the lightweight, masters or regular divisions of the athletic events. Events include a caber toss, stone put, weight throw for distance, weight throw for height, sheaf toss and hammer toss. Weights are adjusted depending on division.

The Utah Caber Championship, which draws the biggest crowd, happens on Saturday at 4 p.m. The caber toss is modeled after the Highland event of vertically flipping a log over. Competitors at the Payson Scottish Festival will flip a large pole.

Athletes travel from outside of Utah and outside the United States to compete in the Utah Caber Championship. “That’s when the biggest and best come to showcase what they are doing,” said Joel Sim, member of the Payson Scottish Festival board over athletics.

Athletes can register online before the event to compete in the athletic competitions. 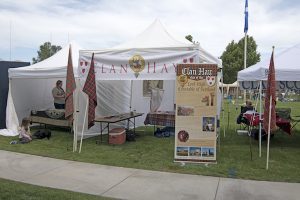 The Payson Scottish Festival hosts a clan tent where attendees can learn about the different Scottish clans and research their own heritage if they belong to a clan themselves. The clan tent also welcomes those without Scottish heritage to learn more about Scottish history.

A wee bit of history

The Payson Scottish Festival began in 1984 and has been adapted each year to better fit the needs of the community.

“We have a really awesome board,” said Shauna Phelps, secretary on the Payson Scottish Festival Board. Everyone on the board knows traditional Scottish culture, so they have tried to create an authentic experience for Payson, Phelps said. The board is a volunteer commitment.