Home Life All for love and love for all: Provo’s Stephenie Larsen encircles LGBTQ youth

All for love and love for all: Provo’s Stephenie Larsen encircles LGBTQ youth 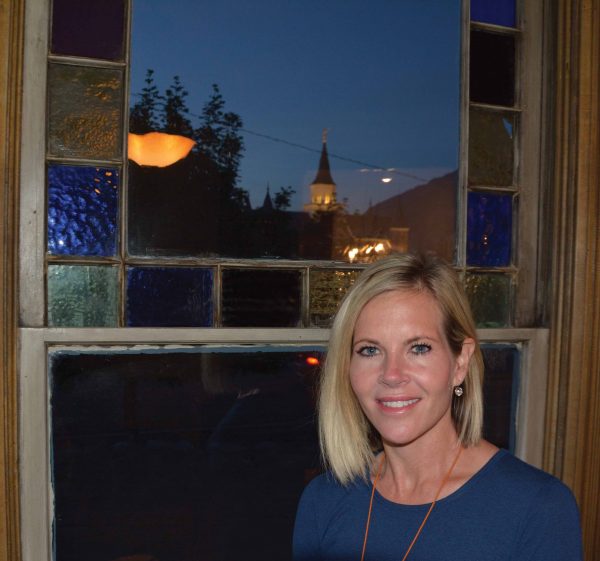 Stephenie Larsen knew she found the perfect place for Encircle when she discovered the rainbow stained glass windows.

“Most kids who are gay or lesbian realize it by the age of 12, but they don’t come out until 22, so on average there’s a 10-year period when they’re dealing with this internally by themselves,” Stephenie says.

She decided to start a youth and family resource center in the heart of Provo. Just two blocks away from the Provo City Center Temple, she found a picturesque blue home with original rainbow stained glass from 1891. And in February 2017 it became the home of Encircle: Family and Youth Resource Center. 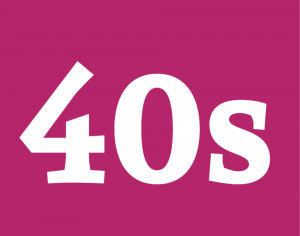 “Being in my 40s makes me realize life is short — I must seize the day and treat life as a gift. I try to enjoy the simple things, learn as much as I can and enjoy friends and family like I never have before.”

The idea for Encircle sparked when Stephenie became a Larsen — a diverse and unique family.

“They are extremely non-judgmental of each other’s different paths in life,” the mother of six says. “They love to celebrate life together and support each other through everything.”

When her husband’s uncle, John Williams, told his family he was gay more than 50 years ago, his family embraced him. He thrived in his community and became a successful restaurateur and well-known philanthropist in Salt Lake City. But less than 50 miles away, Stephenie didn’t see the same positive results for LGBTQ individuals in Utah County.

“The key to his success is that his family loved and supported him,” she says.

And with that, Stephenie solidified the mission of Encircle — to help families be more loving and supportive and have the resources to navigate unexpected waters with their children.

When the doors opened, the Encircle home was dedicated to John who was murdered in May of 2016.

John had been the center’s biggest financial supporter, and Stephenie wondered if her vision would ever become a reality after his death. But the community fulfilled every need through service hours and donations.

Encircle continues to be possible through the efforts of 100 volunteers.

“The reason the volunteers want to be here is to show love and support for these kids,” Stephenie says. “It’s different than a hired staff because the youth meet all sorts of people who care about them as they come for their volunteer shifts.”

And with a full house nearly every night, the successes are innumerable.

“We are a safe place where people can feel free to be who they are,” Stephenie says. “Kids start doing a lot better when they finally are able to be true to who they are.” 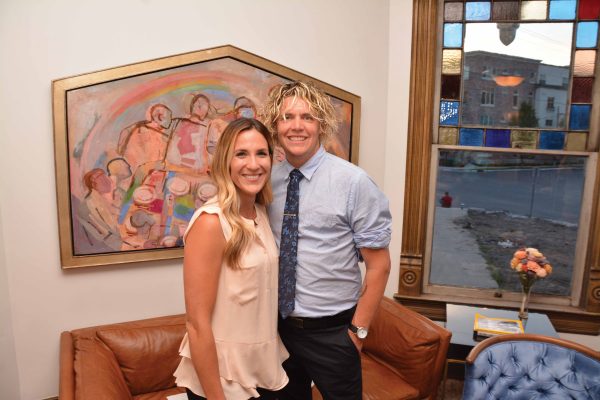 Encircle hosts a variety of events each week for both LGBTQ youth and their parents. Every Monday night, the Elevate speaking series features thriving LGBTQ individuals who share their stories.

Recent speakers include Kris Packer, now a transgender man, and wife Kaylene Packer. The two wed in Massachusetts in 2011 knowing their marriage wouldn’t be recognized in Utah.

In December 2013, Utah legalized same-sex marriage just a few days after the birth of their son Boston (named after their marriage city). The Draper couple took their newborn baby to Salt Lake County and received an official recognition of their marriage, allowing Kaylene to be on Kris’ health insurance so Kaylene could be a stay-at-home mom and allowing Kris to be listed as a parent on the birth certificate.

Now Kaylene takes care of their two children (Brooklyn was born in 2016), while Kris’ positive example lifts students at Westlake High School where he is an assistant principal. Kaylene shares their story at kaylenepacker.com.