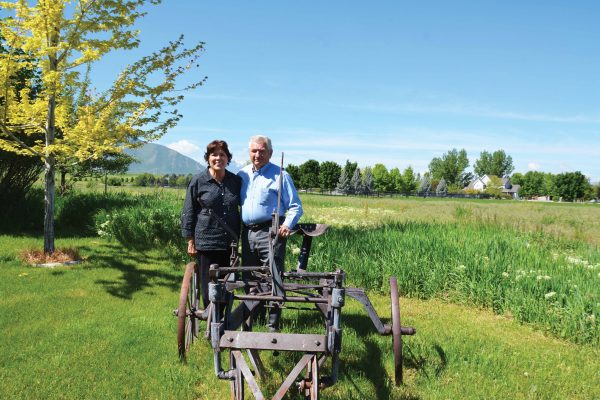 Jack Perry grew up in Mapleton and remembers holidays in the Historic Mapleton White Church, on the corner of Main and Maple.

“You had to go out to get your bag of candy at the Christmas celebration, so we’d sneak back in through the window and try to get two or three,” Jack laughs.

Jack’s grandfather was born in Springville when it was called Union Bench, and he later moved to Mapleton to raise his family. Jack’s father stayed in Mapleton. The Perry pedigree is etched in asphalt as Perry Hollow Drive is named for the family.

Aside from serving an LDS mission in England, Jack has lived in Mapleton his whole life. While Jack lived in England, his future wife, Suzanna, served in France. Their respective companions wrote each other, and Jack and Suzanna met through those companions.

Suzanna fell in love with Jack and Maple Mountain. While living in Mapleton, Jack’s career has taken him many directions. He has worked in construction, farming, real estate and development. He now owns 20 Arabian horses and an apartment complex by BYU.

Jack and Suzanna had 10 children in 15 years. They now have 41 grandchildren. All but one of their children live in Mapleton.

“Having those 10 children in 15 years was one big fast dream!” Suzanna says. “Right now we are just enjoying kids and grandkids.”

“It has been an absolutely wonderful place to raise a family because there are lots of good people,” Jack says. Some of the Perry children have written home from missions with comments such as, “We had such an ideal childhood!” 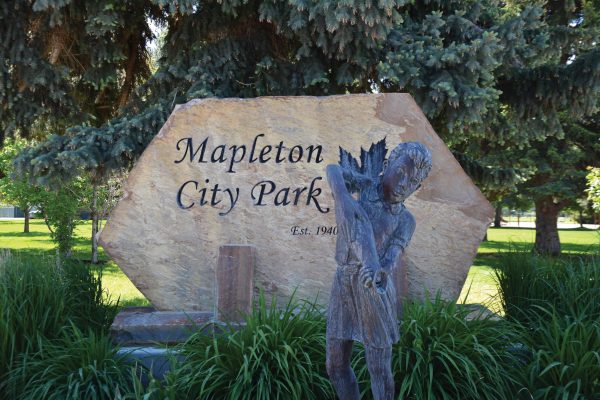 “My favorite thing growing up was that everybody knew everybody and everybody was friendly. The old timers would always wave to each other,” Jack says. “People who moved in from California and other places thought it was real strange, but they picked it up, too. I still wave at everybody.”

“The mountain is probably everyone’s favorite,” Jack says. “It has two names. When Father Escalante entered the valley and came down Spanish Fork Canyon, he looked back and saw the mountain and called it Sierra Bonita, which means most beautiful. But everybody calls it Maple Mountain.” 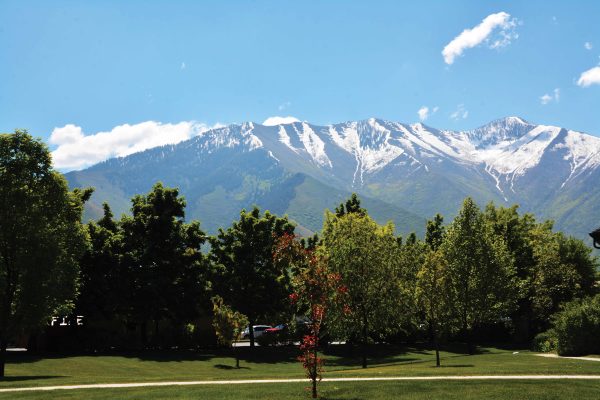 “The young people always hike up Maple Mountain every year clear to the top,” Jack says. “We go out and wave to them and they telephone down,” Suzanna says.  “There are a bunch of people who do it every year. There’s a little lake on top of the mountain.”

“When I was growing up, there was only one LDS ward in Mapleton and now there are two stakes. So there has been a lot of growth. In some ways it’s good. In other ways it’s sad to see the town become a city,” Jack says.

History in the center

“All of the benches in the white chapel are solid walnut. One of the LDS general authorities came in years ago and saw all that walnut. He said, ‘Do you know how much this is worth?’” Jack says. “They didn’t used to be padded when I was a kid.”

“The parade has gotten really big. When I was a kid we would put crepe paper in the spokes of the bicycles and tie it to the handlebars. We thought we were pretty cool riding our bikes in the 24th of July Parade,” Jack says. “There were a few teams of horses pulling wagons back then. Now they have the fire engines and the old cars.”

One of the first homes in Mapleton was the Levi Kendall Cabin, built in the 1880s. It still stands today as a representation of what life was like more than 100 years ago. (Source: Mapleton.org)

Made in UV: Hot iron holsters, shoes made for (teaching) walking Next post