Creating rays of hope for families of children with special needs 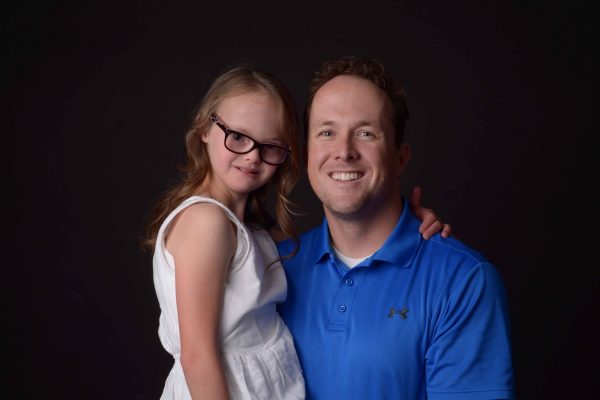 Before Mark and Amber Leck married, she had a dream where she learned her daughter’s name would be Aubrey. In the dream, she and her husband thanked God for sending them one of His choice spirits.

Now, Aubrey is 7 and the sign above her door reads, “A dream come true.”

Mark, who is CEO of RedX, started the United Angels Foundation to support families who have children with special needs living under their rooftop.

The idea came to Mark when Aubrey was born. She was Mark and Amber’s first child and all of the tests showed no abnormalities. When Aubrey had an emergency C-section, she left Mark with the instructions to follow the baby and record every moment. After the baby’s delivery, Mark noticed several white coats inspecting his newborn daughter. Then one of them turned to him and said he might want to turn the camera off.

“Your baby shows signs that she has Down syndrome,” the doctor said. “Did you have any idea that might be the case?”

The information stunned Mark. The doctor explained genetic testing could be done, but he was 95 percent sure Aubrey had the genetic disorder.

When Mark took the baby to meet Amber, he told her the doctor’s report.

When the news comes that a child has Down syndrome, parents experience a range of emotions. Some feel guilt wondering if they did something wrong, others are fearful of the uncertain future and the Lecks stayed in the hospital, receiving only advice of what life would be like from a medical standpoint until a nurse named Kathy came to meet with them. Although Kathy wasn’t assigned to the patients, she had a daughter with special needs and wanted to encourage the Lecks.

Kathy gave them hope. She gave them strength to know everything would be OK.

As life progressed, the Lecks got more involved in the special needs community and Mark realized not every parent of a child with special needs has a “Kathy.” That’s when the conversation of creating the United Angels Foundation began.

Mark reached out to Cedar Hills resident Jill Austin, who has a daughter with special needs and experience in foundation work. 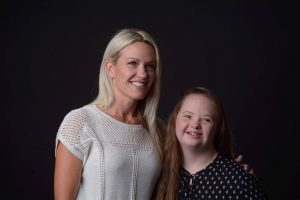 Jill Austin is the executive director of the United Angels Foundation. Her daughter, Joby, is 16. (Photo by Dave Blackhurst/UV Mag)

United Angels Foundation has lifted over 1,000 families across the Wasatch Front, including the Leck and Austin families.

“We are taking notes like everyone else,” Mark says. “We’ll introduce the speakers and then try to figure out our own estate planning along with the rest of the attendees.”

They love seeing the impact the organization has on their own families as well as others.

“This has given me a platform to do what I love — advocate for my child and the special needs community,” Jill says.

To request a visit from United Angels Foundation, become a member or donate to the cause, visit UnitedAngels.org.