Home Life Everybody has a story: Lehi’s Colby Draper brings power to the people — literally

Everybody has a story: Lehi’s Colby Draper brings power to the people — literally 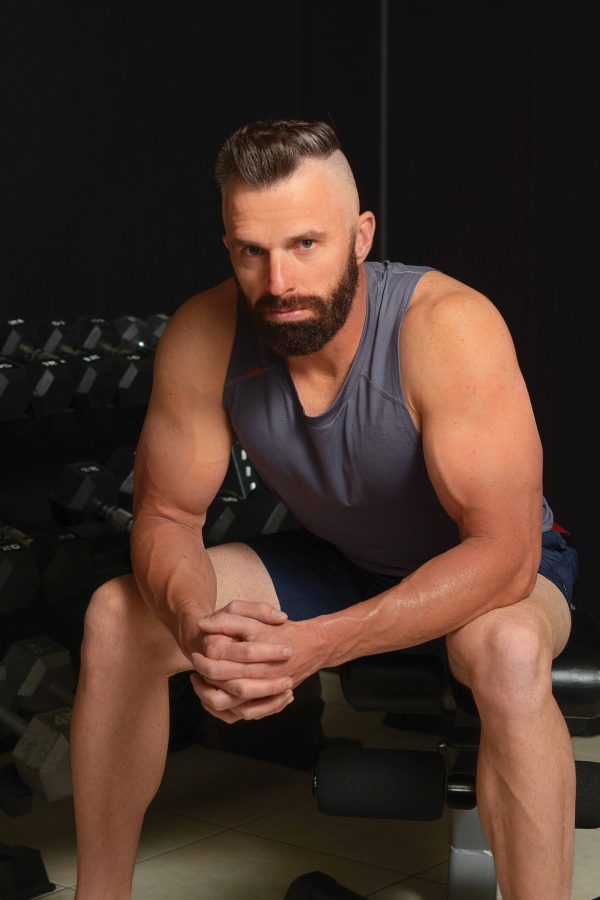 Colby Draper is up every day before the sun rises to exercise and meditate before he heads to work as a power lineman for Rocky Mountain Power.

I grew up in Highland in the middle of six kids — two sisters and three brothers. I went to Lone Peak High School, and I loved it because I had great friends and played sports. After graduation, I went on an LDS mission to Bordeaux, France.

When I got home, I started attending UVSC (now UVU) where I earned a degree in business. In college, I worked for my dad who is a commercial construction contractor doing odds and ends. Then I did a four-year apprenticeship to become a journeyman lineman.

I’ve worked as a lineman for 11 years with Rocky Mountain Power. My job is to restore power for whatever reason it is down. Sometimes it is due to construction, or even something as small as a bird or squirrel getting caught up in the line. I don’t have a fear of heights, which is good because when I am in the bucket I can be 110 feet high in the air. I work out of the Salt Lake office, but my specific region is from the Point of the Mountain up to Bountiful.

I’ve noticed a range in reactions when we restore power to a neighborhood. Some people complain and gripe, while others treat us like heroes. It just goes to show that people can have a totally different attitude about the very same experience. I would definitely say I am more of an optimist. My wife says one of her favorite things about me is that I can laugh and find joy in all things and people. And the one good thing about the power going out in your neighborhood is that it forces you to go outside and talk to your neighbors.

My first wife and I have two children together — Daxten (13) and Colbyn (11). We were married for five years. After we divorced, I was single for four years. Those years of being single and taking care of my boys were busy, but such a special time for me. At the time I worked the weekend shift so I had the kids Monday through Thursday. I loved having them for four days straight and doing absolutely everything together.

I definitely felt the stigma being a divorced person in Utah County. It’s a real thing. I met my current wife, Mindy, when I was taking my boys to swim practice. She was a nanny at the time and was taking the kids she watched to swim practice as well. We dated off and on for three years and I loved the way she treated me and my boys. We were married three years ago and have a 16-month-old son named Jack together. We are also expecting another baby in September. We are not finding out the gender beforehand, so it will be a fun surprise. It is kind of crazy to have two older kids and then go back to the baby stage, but we love it.

One of the most life-changing experiences of my life was traveling to India. I’m not a huge traveler, but I had a connection who was able to get me a good deal on a trip there. I knew I wanted to go and I that wanted my wife to come with me, but I knew she would be hesitant. I bought the plane tickets and surprised her on Christmas. She was apprehensive to travel somewhere as crazy as India, especially because she was pregnant at the time. But thankfully I was able to convince her to go. We went and loved it. We stayed in 5-star resorts but also some of the most intense poverty. I saw things that changed me forever. I also learned a lot about meditation, and I try to do it everyday when I workout.

We live in Lehi on Traverse Mountain and I love the proximity to work and to my two older boys who live in Draper.