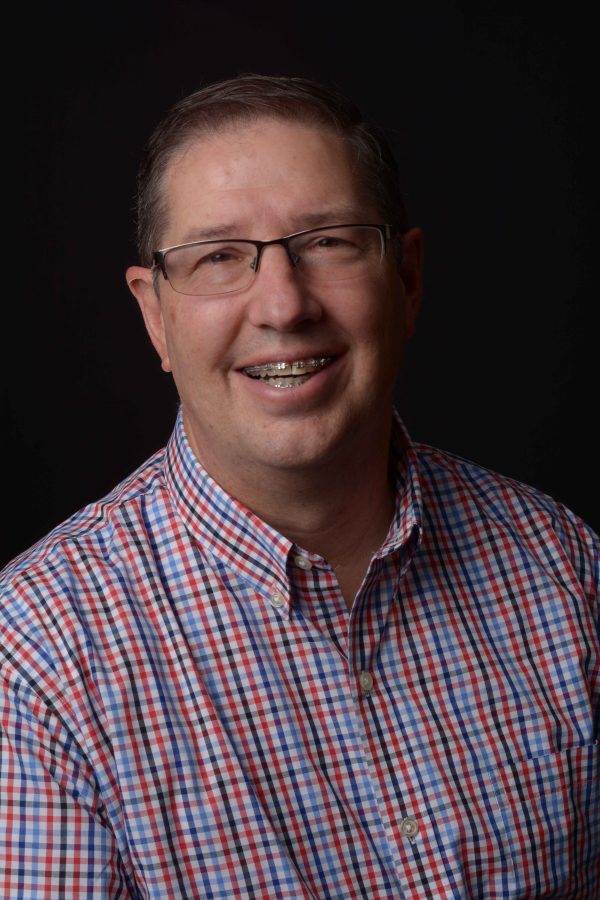 Jim Lauret’s elaborate and generous gingerbread houses feature movie scenes and are a colorful hit at the annual Festival of Trees. (Photo by Dave Blackhurst/UV Mag)

When Thanksgiving rolls around, Orem’s Jim Lauret isn’t just thinking about his turkey feast. Instead he’s planning his next gingerbread creation.

But Jim’s houses go beyond a few gum drops and peppermints. He depicts popular scenes from movies like the Millennium Falcon from Star Wars, the house from “Up” with 10 pounds of Dum Dums acting as the floating balloons, Bella’s home from “Twilight” and Rapunzel’s Tower from “Tangled.” 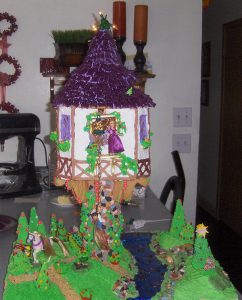 This intricate gingerbread house is inspired by Rapunzel’s Tower in “Tangled.” (Photo courtesy of Jim Lauret)

Jim makes the gingerbread houses each year for the Festival of Trees, which benefits Primary Children’s Hospital. Of his 25 gingerbread houses, the highest purchase price was $2,050 (for Harry Potter’s childhood home on 4 Privet Drive). His children and grandchildren aid in the creation process, even though it means fixing a few “oops.”

His love of cooking doesn’t only include edible houses. He is known for hosting cooking competitions centered around an ingredient (for 2017, the plan is Jell-O).

“My hobby is cooking,” Jim says. “I would say it’s a talent, and I have been able to use it. People have tried to hire me, but you can’t pay me enough to do this.”

His aim is to serve — and not just food.

“I’m not necessarily a person at the forefront,” Jim says. “I’m the one who enjoys supporting people.”

He received the Boy Scouts of America District Award of Merit and volunteered for six years on the Orem Summerfest Committee. This year instead of planning the parade, he drove the car so his city councilwoman wife, Debbie Lauret, could wave to the crowds.

The Festival of Trees (where Jim’s gingerbread will take up residence) will be held at South Towne Expo Center Nov. 28 to Dec. 2. Visit festivaloftreesutah.com for info.

Everybody has a story: Lehi’s Colby Draper brings power to the people — literally Previous post

One day, two companies, lots of free food Next post