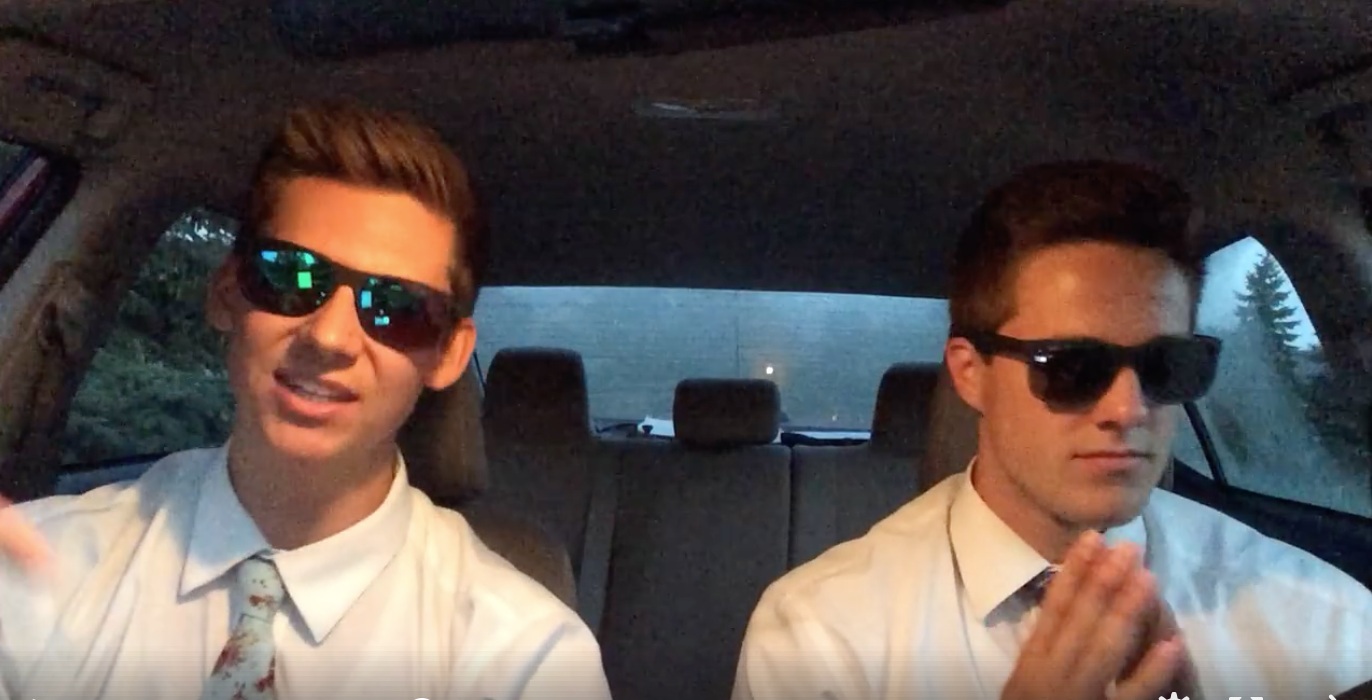 Elder Cavan Rutherford and Elder Joshua Newbold, who are serving in the Minnesota Minneapolis Mission, wrote a rap to explain what missionaries do. (Photo courtesy of Facebook video)

Two missionaries for The Church of Jesus Christ of Latter-day Saints in the Minnesota Minneapolis Mission found a unique way to tell people about what they are doing away from their homes.

Elder Cavan Rutherford and Elder Joshua Newbold, from South Jordan, Utah, created a rap explaining what missionaries do and the principles they teach.

“Somewhere there is a family who needs Christ. We will teach them the gospel and help them see God’s light,” Elder Newbold sings in the chorus.

The song was sung to The Piano Guys mashup, “Over the Rainbow/Simple Gifts.”

While the elders joke in the video that they freestyled the song, Elder Rutherford’s mom explained on Facebook how they found time to write the rap.

“They were sitting at a hospital for several hours waiting for a fellow missionary who did not have a car,” Chari Rutherford wrote. “Missionaries do not proselyte 24/7. They have off time.”

Missionaries for the LDS Church spend their time studying, proselyting and serving in the community they are called to serve. Young men serve for the length of two years while young women serve for 18 months.

The video was posted on Facebook on June 29 and has been shared nearly 4,000 times and has just under 310,000 views. Watch the video below.

With a second location and a food truck, Bam Bam’s puts barbecue on the menu Next post