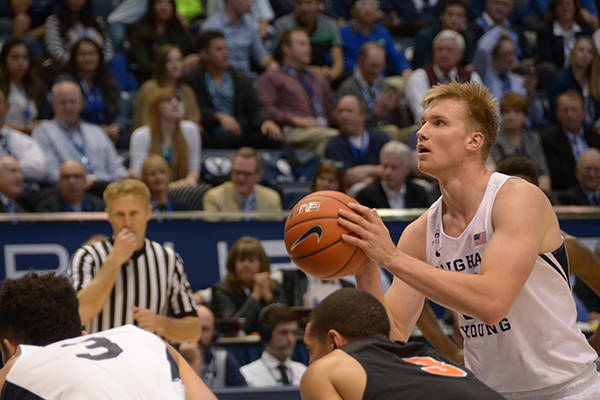 Former BYU basketball center Eric Mika will return to the country he served his LDS mission to play for an Italian club. (Photo by Rebecca Lane/UV360)

Former BYU standout Eric Mika signed with the Pallancestro Pesaro, an Italian basketball club. Pesaro is part of the Lega Basket Serie A, the top league in Italy.

The 6-foot-10, 230-pound center is returning to the country where he and his wife, Gabrielle, both served their missions for The Church of Jesus Christ of Latter-day Saints.

When Mika announced in March he would enter the draft, the Lone Peak High School alum didn’t sign an agent to leave returning to BYU basketball as an option while he explored his NBA potential. However, Mika official signed with an agent in May, making it impossible to return to BYU.

After going undrafted in the 2017 NBA Draft, Mika spent his summer playing for the Miami Heat in summer league.