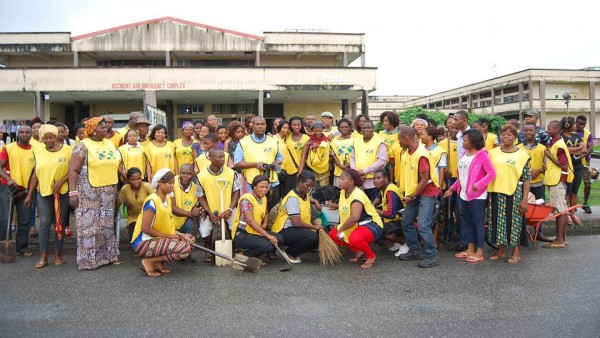 If Pioneer Day brings to mind images of 19th-century converts pushing handcarts across an unforgiving prairie floor, you’re not alone. And you’re right — the pioneers who came to Utah in the late 1800s are important to remember and left a heritage all Utahns (and all Church members) can appreciate.

But pioneers exist today all around the world. In several countries, all Church members are pioneers as they write their country’s own Church history in the 21st century. Here are three countries where first-generation members of the Church are thriving as modern-day pioneers.

Prior to 1978, significant barriers to missionary work existed for the Church in Nigeria since the priesthood was not available to black men. But that didn’t stop the people in Nigeria from seeking out the restored gospel and organizing themselves into groups to worship.

As early as 1946, inquiring letters came to Church headquarters from Nigeria. In the late 1950s, some Nigerians obtained Church literature and began meeting unofficially under the Church’s name. These groups were legally registered, but members of these groups were not yet able to hold the priesthood.

The gospel officially came to Nigeria in 1978, after the revelation that extended the priesthood to all worthy males. The first baptism in Nigeria took place in November of that year. Since then, the Church in Nigeria has flourished. Today, the country has 152,903 members, six missions, 500 congregations and one temple.

While the worldwide Church is 186 years old, the Church in Ukraine is only 26. The first missionaries entered Ukraine (via transfer from the Finland Helsinki East Mission) in October 1990 and baptized the first Ukrainian in the country the next month. Since then, the Church has continued to grow rapidly.

Today, the Church in Ukraine has 11,097 people. The country has three missions, 47 congregations and one temple, which serves Saints from five different countries.

The Church has had a presence in Thailand for decades, but government regulations and other roadblocks prevented the Church from organizing a stake there until 1995. Since then, though, the work in Thailand has moved forward more rapidly.

In his 2016 general conference address “See Yourself in the Temple,” Elder Quentin L. Cook described the people in Thailand in relation to the announcement of a temple in that country. He said, “The deep spiritual response of the members in Thailand was … strong. I am confident there have been spiritual preparations in hearts and homes and manifestations from heaven preparing the Saints where these newly announced temples will be located.”

Today, the Church has 21,274 members, one mission, 40 congregations, and one announced temple in Thailand.

6 places to celebrate Pioneer Day in Utah Valley Next post