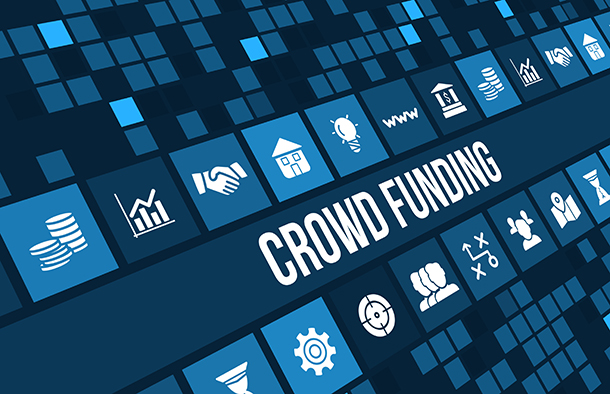 Launching your crowdfunding campaign can feel like sending a rocket into space. Your product is up in the air, it’s high on risk and you start speaking in clichés. (Ah, Houston, amiright?)

Meet Jordan Monroe, cofounder of Provo-based Owlet Baby Care, an in-home baby monitor device that sends alerts of your baby’s oxygen levels to your smartphone. Owlet Baby Care started its financial flight with crowdfunding in 2013 — and has been soaring ever since.

Launch this way, people. It’s time to follow the crowd with these five tips that are alive and kickstartin’.

“Some people think they can take any product and put it on Kickstarter — and that’s just not true,” Fisher says. “The main demographic of Kickstarter is 25- to 35-year-old males. Can you bring on a mom product and expect it to do well? Only if it has a strong social media platform behind it.”

To see if your product is a good fit, Fisher says to ask these questions: Does it fit the Kickstarter demographic while having mass appeal? Is the price point good? Does it have innovative tech? Is your social media robust?

Products that can answer positively to these questions generally draw a crowd.

“Build a community before you launch! Blog and get a following around your vision,” Monroe says. Blogs, social media accounts and traditional media are great ways to build your foundation of followers. No matter where you get your fan base, Fisher recommends collecting their emails through surveys so you can inform them when you officially launch your crowdfunding campaign.

“Building a community will help you have a strong first day. If you raise $50,000 in the first few hours, people will turn their heads and be curious about your product. It will propel you into a strong campaign,” Monroe says.

In May of 2016, the JOBS Act made equity crowdfunding possible in the USA. Equity crowdfunding is a new level of crowdfunding where people can invest in a startup as a stakeholder instead of preordering or donating. Because it’s the new kid on the block, it plays by different rules. So check out any and all regulations before you launch.

3. Perfect your advertising and marketing.

Paid ads can give a great ROI. If you are placing a Facebook ad, put it in front of a demographic of people who are familiar with crowdfunding. (Hint: searching “Kickstarter,” “Indiegogo” or “crowdfunding” in the interests bar will do the trick.)

If marketing and advertising works pre-launch, it will carry you through the campaign.

“List out editors who have written about similar products as yours and send personal emails to them,” Monroe says.

If you can get credible editors writing about your product, you will draw the attention of potential followers and investors.

“In the beginning of Kickstarter, you could draw something on a piece of paper and raise quite a bit of money. Things have changed. Now you have to look like a brand,” Fisher says.

So how do you do that? Create a great headline and sub-headline that will draw a crowd. “Take awesome pictures, and use bite-sized quotes that editors can easily copy and paste,” Monroe says.