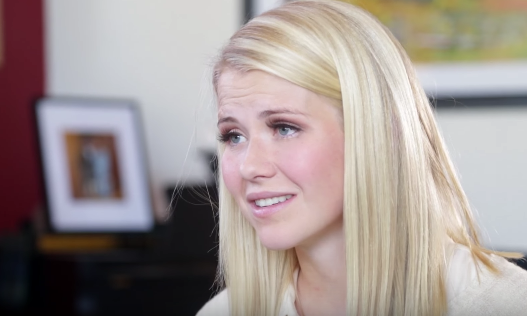 Elizabeth Smart is narrating the Lifetime movie depicting her abduction. The movie, “I Am Elizabeth Smart,” will be aired on Nov. 18, 2017.

In case you took a break from the news this weekend, here are a few stories you’ll want to catch up on.

Elizabeth Smart is co-producing a film depicting her abduction in 2002, reported The Salt Lake Tribune and Deseret News. Smart spoke at the Television Critics Association summer meeting along with Skeet Ulrich, who portrays her kidnapper Brian David Mitchell, and Alana Boden, who portrays Smart. “I Am Elizabeth Smart” will appear on Lifetime on Nov. 18, 2017. On Nov. 12 and 13, a two-part companion documentary about the case will air on A&E.

Hundreds of people search for missing man from American Fork

8-14-17 It is with great sadness to report Paul's remains were recovered. A statement from South Salt Lake Police…

Police have been searching for Paul Heiner Swenson, a 30-year-old man from American Fork, since his disappearance Tuesday, reported the Deseret News and The Salt Lake Tribune. Police report Swenson was last seen headed to an appointment in Salt Lake City, but Swenson never arrived at his destination. Hundreds of people volunteered to search for Swenson in Salt Lake City Saturday.

Any new information on Swenson’s whereabouts should be immediately reported to the Utah Valley Dispatch at (801) 794-3970.

Eagle Mountain 3-year-old dies after SUV runs her over

Three-year-old Charlie Nielson died after being run over by a 23-year-old woman in an SUV across from the Nielson home Friday, reported The Salt Lake Tribune. The driver did not see Charlie before running her over and immediately called 911. After the accident, Charlie was LifeFlighted in critical condition to Primary Children’s Hospital. Charlie died Saturday after her family decided to take her off life support, reported the Deseret News.

Nannette Wride, widow of Sgt. Cory Wride, founded the Blue Haven Foundation to help support the families of fallen police officers. The Blue Haven Foundation will hold an event Wednesday, Aug. 2 from 6:30 p.m. to 9 p.m. at the 1982 W. Pleasant Grove Blvd., reported the Daily Herald. At the event, they will have $2 raffle tickets and musical performances.

If Utah was a country, it would be the 53rd largest economy on the global market

Earl Fry, a professor of BYU political science, released a study over the weekend on Deseret News comparing state economies to country economies. The report says that if Utah were a country, it would rank as the 53rd largest economy in the world, which coordinates with Iraq’s economical standing. Fry used the World Bank 2016 GDP rankings for his calculations.

Coming and going: Movies and shows on Netflix in August 2017 Previous post