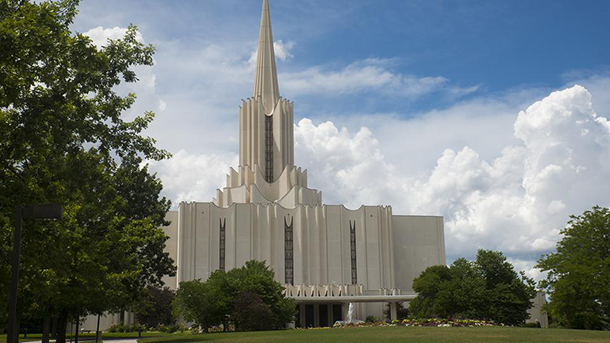 The First Presidency for The Church of Jesus Christ of Latter-day Saints announced the open house and rededication dates for the Jordan River Utah Temple on Thursday morning.

As part of the renovation, the Jordan River Utah Temple — which was originally dedicated on Nov. 16–20, 1981 by Marion G. Romney — has been refreshed with new finishes, furnishings, carpet, paintings and murals. Besides furnishings, the church updated the plumbing, heating and air conditioning systems. Then did Seismic work and waterproofing on the foundation, added a new roof and updated the landscaping.

The Jordan River Utah Temple will be rededicated Sunday, May 20, 2018, in three sessions, 9 a.m., noon and 3 p.m. Church members in the Jordan River, Oquirrh Mountain and Draper Utah temple districts will be invited to participate in the dedication. The regular block of Sunday meetings on that day will be canceled to allow Latter-day Saints to participate in the rededication. Prior to the dedication, the Church will hold a cultural celebration on Saturday, May 19, 2018.

There are currently 156 operating temples in the Church with 12 under construction and 14 more announced worldwide. The LDS Church announced the dedication of three temples in 2017: Tucson Arizona (Aug. 13), Meridian Idaho (Nov. 19) and Cedar City Utah (Dec. 10).

How will Tanner Mangum run BYU's offense in 2017 vs his freshman season? Next post