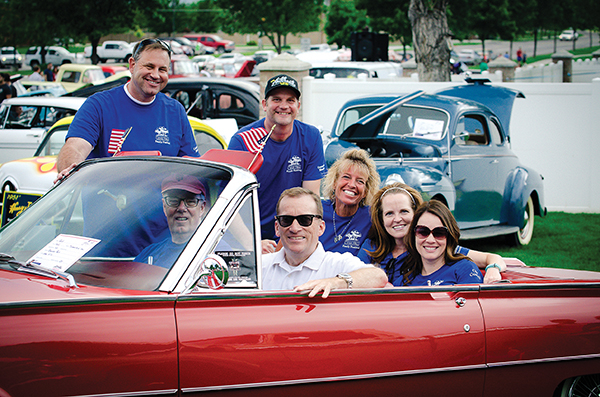 When Gary Gygi was appointed mayor of Cedar Hills in January 2012, residents were sharply divided in their view of the Cedar Hills Golf Club.

“Our city had a real contentious number of years about the golf course with accusations going back and forth about being dishonest or misleading before I got there,” Gygi said. “This is what I learned — I don’t think any of the elected officials before me were dishonest or misleading. I think they could have communicated better. If there was one thing that I did right when I first came into office was I communicated.”

Communication happens to be one of Gygi’s strengths. He graduated with a degree in journalism from the University of Utah.

“What I learned in journalism school is how to communicate concisely and directly, and it’s helped me in my city job. I told the residents in an article after being appointed mayor that ‘the golf course doesn’t make money, it’s never made money and I don’t think it’s ever going to make money.’ I’ve told residents fairly regularly since then and we don’t fight about the golf course as much anymore. For some people, it’s always going to be an issue because they don’t like it. But I’ve had so many residents that have come to me and said, ‘Thank you for clarifying what the golf course does. I always thought the golf course wasn’t making money but the city could never come around to saying those things.’ I did. That ability to communicate a clear idea was second-nature to me.”

His ability to deliver an unambiguous message has paid dividends.

“The harsh rhetoric that existed for over a decade in our city, to a great extent, doesn’t exist,” said Gygi, who won’t seek re-election in November. “I was talking to a resident recently who said, ‘The focus has changed in our city has changed from arguing with one another to cooperation and looking towards a better future for our city.’ I can’t say it’s all me. You can’t do that by yourself. I’ve had a great staff and, for the most part, a cooperative city council. I think that for the most part, they’ve wanted to go along with me on those things.”

Most people know Gygi for financial expertise than for his role as mayor. He’s appeared regularly on television and radio programs over the years and has written extensively about business and finance. He possesses a keen talent for articulating what’s happening with the economy in a way that a layman can understand and apply.

Gygi, the owner of Gygi Capital Management, gained an appreciation for money at a young age. 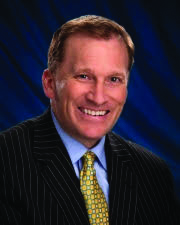 Gygi’s father was an entrepreneur that came from a prominent family in Holladay, Utah. When Gygi was young, his dad started drinking and had a business that failed.

Suddenly, Gygi’s mother was a single mother with eight children.

“He communicated with the family for a few months and then my mom, who’s just a saint, realized her only option to save the house and keep her children in her home was to divorce my dad because he hadn’t paid income taxes for years. The IRS was coming after him.”

With humble means, the Gygi family pressed on. His mother worked multiple jobs to pay the bills and she passed on her work ethic to her kids.

“We never knew the struggles my mom experienced,” he said. “She worked hard and we all worked hard.”

Gygi, like his siblings, worked jobs as a youth and the money he earned helped sustain the family.

“There is no ‘woe is me’ in any of this,” Gygi said. “When I was growing up, I wish I would have had a dad there to help me with some of life’s questions. None of us feel like we were deprived of anything. My mom had a lot of stress on her but we never knew it. When I say my mom’s a saint, she really is. She’s a God-fearing woman. Faith was always the most important to her.”

His mother ended up serving a mission for The Church of Jesus Christ of Latter-day Saints when she was 75 — a proselyting mission in Scotland.

For 25 years, Gygi and his family didn’t hear from his dad and they didn’t know if he was dead or alive.

When they discovered that he was living in Las Vegas, Gygi visited him just a couple of years before he died.

“He was clean and sober,” he said. “He made a living by gambling on sports and delivering pizza. He fell very far.”

“What I learned in journalism school is how to communicate concisely and directly, and it’s helped me in my city job. — Gary Gygi, Cedar Hills mayor

Investing in the future

While studying at the University of Utah, Gygi didn’t know what career path to choose. He took a communications class that he liked and that led to journalism classes, mainly in broadcast journalism.

“I loved that,” he said, “but in the back of my mind, I knew I was going into business. I found out how much journalists make out of college. After college, I started looking at business opportunities. In college I started investing on my own. I had some success and I enjoyed that. After graduating, I was hired by a big Wall Street firm and I’ve been doing the same thing since. I started at Dean Witter, which was acquired by Morgan Stanley. I worked with them for 15 or 16 years, running one of their branches before I started my own firm. I still love investing in the market but I love the other part of my life, which is commenting and writing about the markets as well. I love the opportunity to go on television and talk about the markets and how they work.”

While in college, Gygi took a political science class and he struck up a friendship with political pollster Dan Jones, who encouraged him to get elected as a delegate at a caucus.

“And I did, as a county delegate. I’ve done that many times since then,” Gygi said, who ran for the Cedar Hills City Council and won before being appointed mayor in 2012. “That was the start. I enjoy the public policy, finding solutions to problems. The politics part, I have little interest in. Sometimes politics brings out the worst in people.”

While growing up in Salt Lake City, Gygi admits looking down on Utah County when he was younger. Part of it was the BYU-Utah rivalry and the fact that everyone called Utah County “Happy Valley.”

But the guy who used to poke fun of Utah County ended up moving to Cedar Hills when he married his wife, Cami, who already owned a home in Cedar Hills. The couple now have three children, Cooper (15), Spencer (13) and Molly (9).

“I’m loving it here,” Gygi said. “I’m probably a lifer at this point. I still love Salt Lake. I spent almost all of my life there until I was 40.”

As the mayor of the 10,000-resident city in northern Utah County, Gygi has overseen considerable commercial growth. Cedar Hills has a Walmart, a Great Clips, a Dollar Tree, a Subway, a McDonald’s and a Chase Bank. A Marco’s Pizza is coming soon and Gygi is hopeful more restaurants and places to shop will be coming in the future.

As for the golf course?

“For the time being, it’s here to stay. But that’s because the residents decided that,” he said. “It’s not because an elected official said the golf course is here. That’s not how it works. There’s six people on the city council. Six elected people should determine what the role of government is — 10,000 residents decide and that’s the way it’s supposed to be.”

Gygi understands that communication is a two-way proposition. It requires listening, too.

As his time as mayor winds down, Gygi is happy about what’s been accomplished.

“I’ll always cherish the time I’ve spent as mayor here,” he said. “I really loved it. I feel like we’ve done good work.”

Overall, the city is in a better situation now than when he became mayor.

“I wanted to stop the fighting. We’ve done that for the most part,” Gygi said. “Financially, I feel like our city has never been in better shape. There was some litigation that we were involved in long before I got there that we were able to resolve very favorably for the city. Employee morale has never been higher. We have a good staff. Councils come and go and for the most part, our council comes to good decisions most of the time. It’s fairly balanced. That’s why I like public policy. You usually get a good result if you include a lot of people in the discussion.”