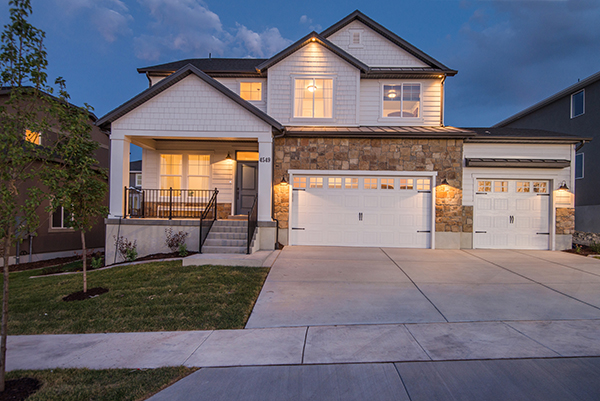 In case you took a break from the news for some weekend barbecuing, here are some headlines to brush up on.

Home prices on Wasatch Front have risen to record highs

The Salt Lake Board of Realtors released a report saying home prices on the Wasatch Front have risen to a median price of $300,000 for a single-family home, reported the Deseret News Friday evening. This is the highest average price the Wasatch Front real estate market has ever seen. The report said home sales have made significant leap in only a few areas, one being Provo with a 25 percent increase in sales. Read the full story here.

In response to the violent rally in Charlottesville, Virginia related to racism over the weekend, The Church of Jesus Christ of Latter-day Saints released a statement voicing concern for those suffering from the violence and encouraging tolerance and respect of all men. The statement cited words from former LDS President Gordon B. Hinckley, describing acting in racism and violence as inharmonious with the teachings of Jesus Christ. Read the full statement here.

The Republican primary seems to favor John Curtis, but the voting still has time to swing

Tanner Ainge, John Curtis and Chris Herrod are vying to win the Republican primary election for the 3rd Congressional District. As the voting deadline draws nearer (the deadline is Tuesday, Aug. 15), the majority seems to favor Provo city’s mayor John Curtis, reported the Daily Herald. The Daily Herald article examines all three candidates on their views of President Trump’s agenda and their past voting history. Read the full story here.

Study released about gender dynamics in the workplace

According to a poll by the Salt Lake Tribune, 32 percent of Utah women believe it is inappropriate to have lunch with a man who is not their husband compared to the that national average of 44 percent of women with the same view. This poll and study also evaluated Utah men and women’s reactions to the level of appropriateness for having a drink, having dinner or driving alone in a car with someone of the opposite sex who they are not married to and compared their findings to a similar national survey. The Salt Lake Tribune concludes from this data that these statistics may play a role in a woman’s struggle to work in a male-dominated company or field where business conversations often occur at dinner meetings or while driving to off-site events. Read the full story here.

Orem’s Mike Millgate saved a woman from Illinois struggling in the water at Deer Creek Reservoir after her kayak flipped about 60 feet away from the shore, reported the Deseret News. The woman had been kayaking with her husband on vacation when their kayak turned over. Neither of them wore a life jacket. The Millgate family spotted the kayak from their boat and came to help. According to officials, the rescued woman’s husband could not swim and quickly drowned. Rescue crews found the man’s body that evening. Read the full story here.