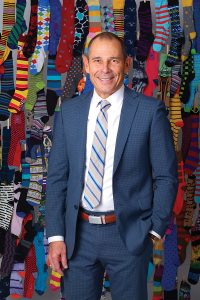 As of Wednesday morning, Utah County was working on counting. It send this statement to cities:

“We are still working on official numbers to be released later today, but at this point we have over 35,000 ballots yet to be counted. In addition to the unaffiliated ballots ( 7-8,000) yet to be counted, we received approximately 25,000 additional ballots from the Post Office yesterday afternoon. We also had over 3,500 ballots just dropped off at the Vote Service Centers yesterday that are yet to be counted. And of course we also have to account for the provisional ballots.

Because we still have over half the ballots to count, each of your turnout percentages will more than likely double from the unofficial results released last night.”

It’s been a confusing primary election season.
• It’s the first countywide mail-in election in Utah County, so most people didn’t vote on Primary Election Day. The county had a handful of voting locations open for people who forgot to mail in their ballots by the deadline, who didn’t get a ballot or wanted to vote in person.
• Only registered Republicans in the 3rd Congressional District could vote in that race, but some cities had primaries too. However, unaffiliated voters could become Republicans and vote at the polls.
• Utah County accidentally mailed about 68,000 ballots with the 3rd Congressional race on them to unaffiliated voters.

In addition to the special congressional election, 11 cities in Utah County held primaries for mayor and/or city council seats. So, with thousands of ballots left to count, here are the preliminary results:

UV relatable: Family shows how parents feel about back to school with hilarious parody Previous post