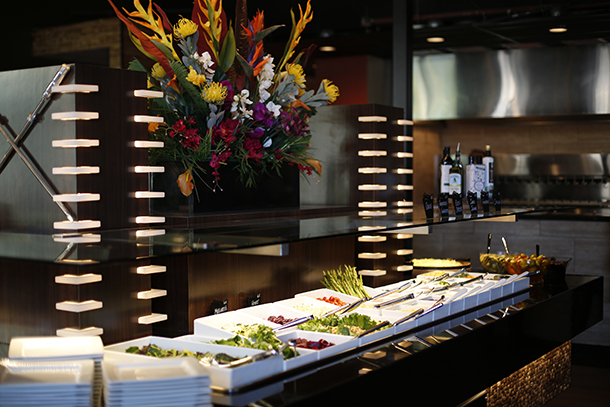 Rodizio Grill opened its fourth Utah location at the Shops at Riverwoods on Saturday, Aug. 19. (Photo courtesy of Rodizio Grill)

Rodizio Grill opened its fourth Utah location at the Shops at Riverwoods in Provo, Utah on Saturday.

The Brazilian steakhouse currently has locations at Trolley Square in Salt Lake, American Fork and at Utah Motorsports Campus.

“I am thrilled to open our fourth location in Utah, at The Shops at Riverwoods, and serve the great community of Provo,” stated Ivan Utrera, founder of Rodizio Grill, in a press release. Both Utrera and David Knighton, owner of Rodizio Grill — Provo, have deep roots in Provo as they each received an MBA from the BYU Marriott School of Management.

“I developed Rodizio Grill to offer an experience unlike any other — an experience that transports you to Brazil, with all its culture, tradition and abundant cuisine,” Utrera added in a press release. “I am proud to bring this authentic Brazilian dining experience to Provo, and welcome the community to celebrate with us!” 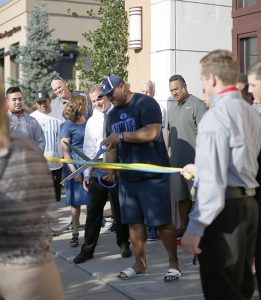 Knighton, who also owns the American Fork location as well as a restaurant in Pensacola, Florida, grew up just two miles from the Shops at Riverwoods. He adopted a love for Brazilian cuisine when his father was called to serve a three-year assignment in Rio de Janeiro for The Church of Jesus Christ of Latter-day Saints. The entire family moved to Brazil. Knighton continued his Portuguese immersion later by serving for two years in Portugal and Cape Verde, Africa.

Rodizio Grill is known for its rotisserie-grilled meat carved tableside by traditionally-dressed Gauchos. The restaurant includes a salad bar, seasonal fruits and vegetables, and authentic hot side dishes. It also has a wide selection of tropical juices, homemade Brazilian Limeades, signature cocktails and Brazilian wine.

The restaurant will occupy a nearly 7,000-square-foot dining space left vacant by Tucanos, which has moved to University Place in Orem, Utah.

The Shops at the Riverwoods restaurant is located at 4801 N University Ave. in Provo, Utah. Monday through Saturday the lunch menu is available from 11 am. – 3 p.m. while the dinner menu is from 3 p.m. to 9 p.m. It is closed on Sunday.

Tribute to President Thomas S. Monson: A friend to all Previous post

Kalani vs Bronco: The evolution of BYU's defensive scheme under Sitake Next post